A wonderfully atmospheric space strategy game and fans of retro gaming will appreciate the graphical and musical homage to nostalgia. FTL's simplistic presentation belies deep and satisfying gameplay options. No power in the 'verse can stop FTL.

FTL is frequently on sale for your gaming convenience and is usually priced at a modest $4.99.

FTL: Faster Than Light is the charming indie game you’ve never heard about. Or if you have heard about it, count your lucky stars. FTL has the feel of an instant classic and brings back everything you love about old games: humble yet lovely graphics, whimsical music, satisfying gameplay, and a dash of storytelling.

In FTL, you play a sole ship escaping to the safety of the Federation. Since the game is a space strategy game (see roguelike), you will be using your wits to survive lest you be blasted into animated space debris. If you like strategy games, or even open-ended RPGs, you cannot go wrong with FTL. As long as you can appreciate the retro graphics, the game will reward you with surprising depth and atmosphere. Space. It’s awesome.

Gameplay is where FTL delivers and micromanaging your ship is just as fluid as piloting a Nesasio Stealth Cruiser. You can open and close doors to prevent intruders or fire, send your crew to repair vital systems (or face certain death), toggle the power to your shields, and so on. A variety of ship upgrades and crew selection create choices that actually matter to the player. Outfitting your ship is complex and can be the difference between making it to the next solar system or not. Ship battles are extremely satisfying. At first, I would fire my weapons as soon as they became available. It wasn’t until my fourth run that I learned to time my lasers to break through defenses. That’s how FTL is — learning the layers of gameplay. It might seem a bit daunting at first, but the charming atmosphere will lure you in and you will be pleasantly surprised as you learn more and more.

I doubt I’m the only one to have Malcolm Reynolds pilot my ship and Tali’Zorah as my trusty engineer. It’s easy to become attached to your crew, made up of certain species with their own advantages and disadvantages. Which makes it that much harder when you accidentally send them into room with the airlock open (sorry!). The playable races range from quick-repairing Engi, vicious Mantis, to well-rounded, of course, Humans. While the actual story of the game is light, the lack never detracts from the feel of the adventure. Since the solar map is randomly generated, your crew will face different dangers each play through. Still, the scenarios will eventually be familiar and may even become monotonous. But by then, you’ve already had too much fun to care.

As for the music, it is nothing short of a retro masterpiece. The soundtrack is even sold on Steam. Bleeps and bloops bring out the charming space atmosphere and will play in your head even when you’re not playing the game. Rarely has a soundtrack fitted a game as perfectly as in FTL.

Unlockables provide substantial replay value. New ships are the main rewards and each ship has a different playstyle. The Slug Cruiser relies on taking out the enemy crew and the Zoltan Cruiser has the protection of a unique shield. You can also unlock a Type B of each ship, providing yet another variation to gameplay. Oh did I mention mods? The FTL community has developed a nice selection of mods to further the replay value even longer. A slight drawback to the game is a lack of DLC, which is weird to say since many games suffer from too much DLC.

You will die. You will die a lot. The game can be exceedingly difficult at times and the “Easy” mode is more like Normal. The “Normal” mode should really be called Death. Yet even when losing FTL is satisfying and not many games can pull that off. You have a sense of “maybe if I did this next time, things will go smoother” and space runs are quick enough that you won’t regret starting over. Do you have a hipster friend who tells you games are too easy these days? Yeah, right. FTL, enough said.

So like most strategy games, the most satisfying part is using a mix of brains and luck to overcome a particularly difficult situation. FTL is a master of creating those scenarios. Your ship will be on its last leg, limping just ahead of the Rebels with your crew fighting Rockmen while slowly suffocating from lack of oxygen. Oh, and your ship is on fire. What will you do? Whatever you have to do to survive.

FTL: Faster Than Light can be found on both Steam and Good Old Games, often at a discounted price. 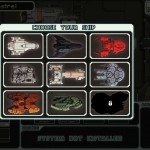 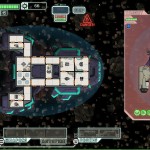 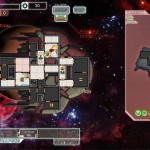 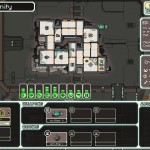 A wonderfully atmospheric space strategy game and fans of retro gaming will appreciate the graphical and musical homage to nostalgia. FTL's simplistic presentation belies deep and satisfying gameplay options. No power in the 'verse can stop FTL.

The Bazaar of the Four Winds update goes live!