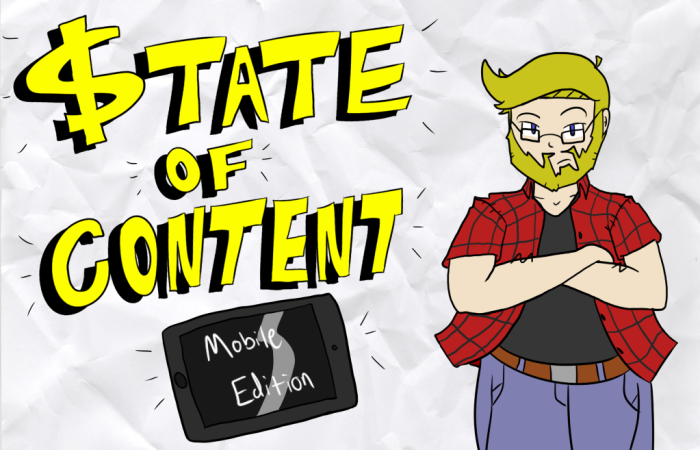 Normally, a lot of the pieces I write for this website are light hearted and fairly positive; however, this one will be a bit more serious and hopefully thought provoking. A wise man once told me to never look a gift horse in the mouth. This same “wise man” however was homeless and looked like he needed a sandwich, so any gift to him was probably worth more to him than all the stars in Orion’s belt. Often times I think about what he said, and tried to take it to heart. Whenever I was presented with a free offer I normally took it and enjoyed whatever it had to offer, no matter how meager or useful it was. However, there is a very fine line on what gets a free ride and what deserves to be brought up, and I think it’s time we as consumers take a deep look into the world of “freemium” gaming, both on the mobile market and on the more established platforms.

As gamers, we are drawn to anything that may have the words free and game within their titles. However, at what cost does this free game come? Most games that hold a “free to play” sign right above their heads tend to have something buried deep within the fine print. Yes, you get to play the game, but to enjoy the game, or to progress in the game, you have to hand over your credit card and shell out money for in game items, or for the next level. Now, technically speaking, we don’t have to indulge developers in their quest for money. With enough time and patience, you can get that next piece of armor, or have that next establishment built without having to toss those greedy scoundrels a single penny. However, even though we aren’t giving them money for instant gratification, we’re still paying for these actions in the game with our most precious and valuable resource; time. 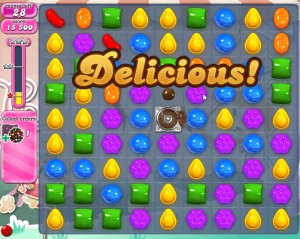 The mobile market is quite literally packed with tons of games whose core gameplay mechanic is waiting. For example, if you fail a stage enough times in Candy Crush you’ll receive a message that tells you you’re out of life, and that you can either wait thirty minutes to play again, or to pay a certain amount of money just so you can take another crack at the board and see if you can do it without buying a few power ups.  Another prime example of this trick is blatant in games like Clash of Clans and Boom Beach as well. You have to gather the resources in order to build new buildings which requires leaving the game idle for a while, you can only build a certain amount of structures at a time which means you have to leave your game idle while doing that, and worst of all is waiting for troops to restock. Games have implemented time management as a mechanic before, for instance, The Legend of Zelda: Majora’s Mask. However, while there are certain events that can only be triggered at a certain time or day, there’s still a ton of other stuff to do while you wait. You can go earn some Rupees in a mini game, explore Termina, or even blow some magic bubbles at that ugly looking moon looming over town. Sure there’s a time constraint here as well, but the thing to remember is that you aren’t having to stop and wait to play the game.

Personally, I believe that the mobile market is a fantastic way to earn some extra cash. There are several companies that have made a killing off of games on the go; Rovio and Supercell to name a few. However, there seems to be a disconnect somewhere in-between making a fun game and making money. They tease the players with promises of a free and fun game for on the go play, but give you a piece of cardboard and a timer and say “if you wanna progress faster, you gotta cough up some cash”. Now, I see why they do this, and from a marketing stand-point it seems like a decent idea. You give potential players a taste of what it’s like to play the game, and then when they’re hooked make things difficult. They’ll become frustrated with how much time it takes for one gold mine to build or how hard clearing out all of that damned black licorice is before breaking out their credit cards and giving in to the developer’s wishes for some extra cash. I get it. However, I don’t agree with it. Maybe I’m old fashioned, but I’d rather pay for a completed game than be teased with a piece of a game and being told to pay for the rest of it, or to even beat a level. Besides, while many people could argue that this is how the developers get paid, wouldn’t they just be better off selling the game as it is with a one-time fee? Hell, even letting Google or Apple slap some ads in the game will still bring in a bit of extra revenue, there’s no need to suck the money right out of consumers. I think what really set me off about this however is that it works, and that it’s helped fund many an ad campaign for these ridiculous games. (See Clash of Clans and Boom Beach’s commercials.) 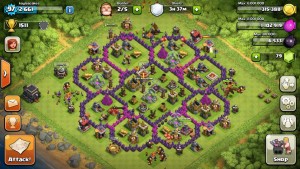 What burns me up the most is that not only is the mobile market swarming with games like this, but MMO’s are becoming a cesspool of micro transactions and pay to win mentalities. Mabinogi, Star Wars the Old Republic, Maple Story, all of them give you the ability to grind for the things you want, but by the time you get that new sword or those new boots there’s already something else out that’s twice as powerful or a necessity to defeat this boss or to access this level. It becomes infuriating. Consoles are starting to pick up on this little scheme, and even dear ‘ol Nintendo released a game called Pokemon Shuffle which is basically a watered down version of the more successful Pokemon puzzle game Pokemon Trozei. Pokemon Shuffle is free for download on Nintendo’s E Shop and offers the same mechanics a freemium game would offer. You can play the game up to a certain amount of stages before having to take a break from the game for your time to replenish, or you can buy an in game item that will replenish it for you. This irks me in ways incapable of being expressed.

Video Games are supposed to be an enjoyable experience. You aren’t supposed to feel like it’s a burden when booting them up and playing them, you’re supposed to be excited and ready for a break from reality. You aren’t supposed to have to pay the game money just so you can play more, it should be a one-time fee and that’s that. While there are some purely free games out there, that make money just from how many downloads they’ve accumulated, I like to think that free games should be abolished all at once. The way I see it, developers are better off either putting a set price on the game or not even publishing it at all. Marking the game as “free” means that developers can create the game, cut it into four, five, six, as many pieces as they want and then still have the gall to sell it to you. Freemium developers  even have the nerve to charge you to speed up production on in game buildings, or offer to sell you the resources you need for real life money. It’s absurd, and I honestly think we’d be better off without them.