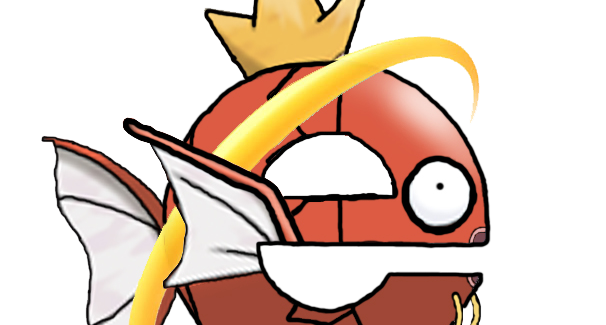 There are many Pokemon out there, and many of us know every single last one. But, whether you’ve played through every game in the series or not, it’s plain to see that not every Pokemon makes the cut. It’s important to have a powerful, well-balanced team as you play through, and some Pokemon are just useless in terms of battle capability. Pretty much every Pokemon has a specific strategy or strategies, as well as a few strengths and a few weaknesses. However, the ‘mons that I’m about to list off are the oddballs that don’t really have a place in the battling side of the Pokemon games. No strategy, no real stat advantages, and hardly any fans in the Pokemon community. Not to mention that not a single one of them could be used competitively. I’m not even sure why they made it into the game, besides for the sake of covering every character available in the anime. Without further ado, here is /Skill’s top 5 most useless Pokemon.

I wonder if this guy insults the French.

I was a little iffy about adding smeargle to the list, because of his unique, ridiculous ability to steal any opponent’s moves and use them for himself. Instead of learning regular moves as he progresses through levels, he learns sketch. If you use sketch in battle, the last move that your opponent used replaces sketch. Pretty cool, yeah. But that doesn’t matter at all when your stats are as dreadful as Smeargle’s. Both of his attack stats and both of his defense stats are just sad, as well as his health. Speed is about at the average, but that doesn’t help you when he’s too busy being fainted to outrun his opponent. Quite literally, all of the moves in the game couldn’t save this guy from being 1-shot by nearly every moderately powerful attack thrown in his direction. 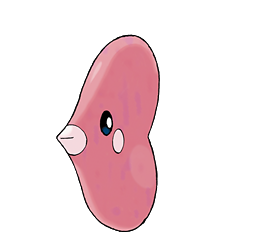 Look, I understand the idea behind having an interesting way to get a utility item. Heart scales were very important in Gen III, serving as the only way to get the move relearner, that psychopath collector dude with a weird scale fetish, to re-teach your Pokemon any move that they learn up to the level that they’re on. Luvdisc couldn’t have been intended for much more than this one purpose, though, because it’s squishy as hell. With no evolutionary forms, no base stats (save for speed) above 65, and a sub-par move pool, there’s nothing good to say about luvdisc. I vividly remember having to catch like 20 of these little heart-shaped nuisances before I could make my perfect team. This thing is just a pink, squishy bad memory to me. 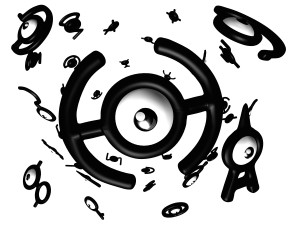 Yes, I have seen Spell of the Unown. I loved everything about it. However, Unown might as well just be an item pickup in the game series. There’s one of them for every letter of the alphabet, and some are harder to come across than others. If you’re a completionist, these little guys serve as an extremely annoying experience, and a constant reminder that you still have a lot of work to do to really catch ‘em all. Not to mention, they only learn Hidden Power; and that its stats are no good, even with a somewhat-decent attack and special attack. Aaaand it never evolves. I would be surprised to see anyone having an Unown in any place but one of their storage boxes. Good job on the movie though, Unown. I don’t despise you completely. 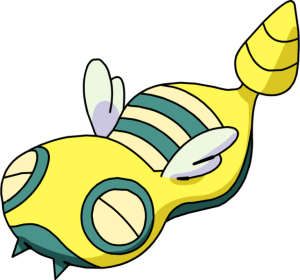 These are the eyes of uselessness. They’re always closed, of course.

WHY AREN’T YOU A BUG TYPE?? No, but seriously. Normal type, its only good stat being base HP, a move pool that’s just a weird kind of meh, and two possible abilities that follow suit. And no evolutionary forms, either. First time I saw a Dunsparce on sapphire, in the days when I was too young to really understand how to properly use google, I caught it right away and threw it in my party with an exp. Share. ‘This guy looks like a baby dragon or some s**t, can’t wait for it to evolve’, said an ignorant young me with enough spare time to level a Dunsparce to at least 60 before just giving up. I still have that cartridge. I still have that Dunsparce. His name is Dunny.

Screw you, Dunny. I should release you. 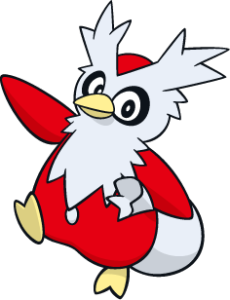 Delibird had to be the winner in this contest of mediocrity. Its Flying/Ice typing might be my biggest problem. This leaves Delibird vulnerable to a lot of different commonly used types. Delibird also never learns any moves naturally besides the worthless Present, which actually has a decent chance of healing your enemy rather than damaging them, and he never evolves. This means Delibird’s entire move pool is comprised of only a good handful of TM moves and 1 HM move, Fly. However, his stats are shameful, with his highest base stat, speed, weighing in at a mediocre 75. Not to mention it’s a penguin thing with a sack for a tail that looks like he’s Bird Santa.

What do you guys think the most useless Pokemon is? Did we miss one? Let us know in the comments. And don’t forget to be awesome.