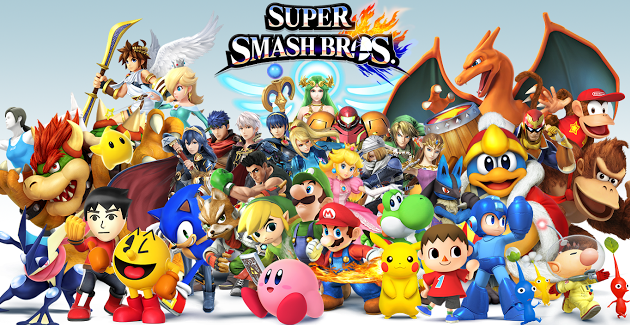 The game is a great addition to the Smash Bros. franchise, and while it has it's issues, it's overall a fantastic and fun game for veterans and new Smash players alike.

Ladies and gentlemen; boys and girls of all ages, the moment we have all been waiting for is here. No, it isn’t the moment 3D printers have finally achieved perfection allowing us to print out edible models of those pictures you see on twitter accounts labeled “food porn”. I’m talking about something far superior – something we’ve all been waiting for. Yes, all of those years of praying and sacrificing our old consoles to the great developers in the sky has finally rewarded us with perhaps one of the best advancements in handheld gaming the world has ever seen. No, I’m not talking about 3D without the use of 3D graphics, nor am I referring to a real life Pokemon game. My fellow peers; I speak of Super Smash Bros. for the 3DS platform – Nintendo be praised.

Super Smash Bros. has been around for quite a while now. Starting out on the N64 this game has come a heck of a long way – in terms of both visuals and gameplay. As each new game was released, more options became available in terms of strategy and how effectively characters could be used. Every die-hard Smash fan will tell you that Melee will always be the best Smash game ever released (Nintendo be praised!), and it’s hard to argue that claim. The physics in the game were fantastic, launch power made sense, and it took skill to be good at the game. Well; what if I told you that the newest release had all of these and more? I know, it’s kind of hard to believe, but please; let me be the weaver of the words that will get you to believe my claims in the following explanation: 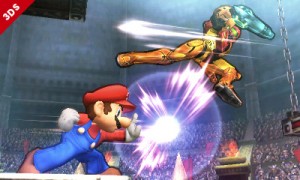 Super Smash Bros. 4 (or more commonly known as: Sm4sh), has a feel almost similar to that of Super Smash Bros. Melee in terms of physics. Launching your opponent is a bit more of a challenge; having you rely much more on knocking their percentage up as high as it can go before you can even think of sending them flying off the screen. Your fall speed in game isn’t necessarily fast – but it isn’t slow either. Saving yourself from falling off the edge of the screen is entirely based upon your character’s reach with their “up special”. Heavy characters play exactly how heavy characters should play in the game, and those who are nimble and lithe act just like that. No more must we suffer from a heavyweight character who can outrun most lightweight characters and send them flying off the stage.

This installment of Smash has thrown in some other interesting goodies when it comes to play style as well. Some characters have been nerfed to the point where they have an entire new move set. Pit; for example, no longer has the over powered sword spin move, and instead dashes forward and uppercuts the enemy with another weapon. Characters who could do a seemingly endless flurry of attacks in past games now have a set limit of hits before the combo ends and hits the opponent with a final hit, which can push the character back a bit. (Those of you who loved to sit there and spam the A button combos with Kirby or Fox are in for it now.) They also adjusted the way Yoshi and Bowser stand in the game. They’re no longer hunched over with limited room to move, but are now fully bipedal and standing up straight. This is a big change in the game, as it affects how both Yoshi and Bowser are controlled, and makes their move sets a bit more complicated and fun to learn. The game also offers new single and multiplayer modes, such as the Smash Run and the Target Blast mini game.

Of course; with a list of all the good and bad things that the game has to offer, there is always going to be a couple bad things. Despite all the advancements with the game, Nintendo still has yet to fix the issue with online play. Unlike most games with dedicated servers, Smash is running off of a Player to Player connection. Meaning, if one person is lagging pretty badly, everyone suffers. Nintendo also says that unless you’re getting 20 Megabytes a minute then playing the game online will be next to impossible. There is also the issue of how the character models look. Despite all of the detail they had put into them, there are still little things here and there that look rushed and unfinished. Some idle animations are a tad stiff, and facial expressions are just too goofy to even take seriously. I also noticed that sometimes the circle pad is a bit tough to use and get used to, making movements a bit more awkward and stiff.

Remember though, this is the first ever portable version of Super Smash Bros., and for the first attempt, they did do a good job with it. The game is simply butt-loads of fun. The Classic mode throws some new challenges at you, the new characters are fun and refreshing to play as, and there are some exciting and fun new mini games. The reworked characters are a nice touch, and makes the experience of trying to figure out who your main character is a very enjoyable challenge. Heck, who knows, you may even find that new-comer Pac-Man is just the right character for you! 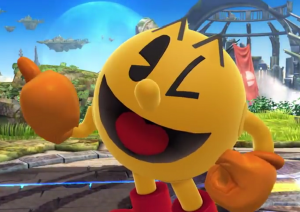 The game is a great addition to the Smash Bros. franchise, and while it has it's issues, it's overall a fantastic and fun game for veterans and new Smash players alike.