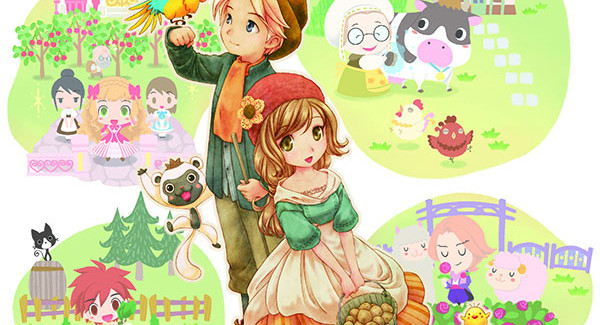 Fun and Easy to grasp

Story of Seasons is fun, easy to grasp, and has characters that are not perfect - making them capable of growth.

After a difficult semester of college work I resolved that I wanted one thing and one thing alone this summer – a Harvest Moon game. I scoured the internet for all of maybe fifteen minutes and decided to buy Story of Seasons. This marked the first day in quite some time that I picked up one of the addictive little farming games and I absolutely couldn’t wait.

While it must be confessed that I haven’t fully completed the game, I would like to supply a review based on my reaction to it thus far. The faults of reviewing a game too soon in the gameplay are fairly obvious, but, as I have played it for a little over twenty-four hours at this point, I think I can safely review the game in general.

Story of Seasons is, in my humblest of opinions, one of my favorite games that has ever been worked on by Yoshifumi Hashimoto, the head producer of the game. It has quite literally been a struggle to put the game down long enough to do a review on it. Story of Seasons stars the player as, not someone who has inherited a farm or who has lived around or near people who have farmed, but a city-dweller! Your character chooses to run the farm based on a whim and becomes a candidate for farm life, competing against various other applicants who also want to run the farm. Obviously your character wins this – the other option would be that you would be denied, you’d have to stay in the city, and the game would be over. That wouldn’t be much fun at all. So, after being chosen, you go on your marry way to your new home that…isn’t built yet. 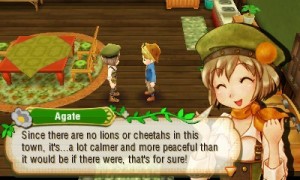 This is done to allow time for a tutorial with Eda, the farmer next door, but it is still rather puzzling to me. Why put out an advertisement for a farmer when you don’t even have a house for them to live in yet? Seems like bad business. That said, the tutorial is rather long and annoying, spanning over an in game week and requiring so many dull tasks that feel like busy work; tasks that most people will already know how to do if they have played any Harvest Moon game. However, the saving grace of this tutorial is that Eda, being the kind old grandma figure that she is, gives you 500 gold a day just for doing whatever she has asked you to do! Also, she lets you keep the turnips that you plant during the tutorial which earns you an extra bit of coin as well.

When your house is finally built, it looks like little more than a beat up shed – a bit disappointing when you consider that later in the game you can build chicken coops that look more appealing in about a minute and the professional carpenter had an entire week. Eda then acts like a kind old grandma once again and supplies you with a random cow after you have renovated your house and earned a free barn (because who doesn’t want a random cow?).

All of this introductory storyline stuff can be rather annoying, however I have noticed that the balance between tutorial and just throwing the player in to figure it out is something that the franchise has really fought with and I think they are making improvement here. Though the intro tutorial is long, it could be really useful to players who are new to the game. Also, it really doesn’t cover much more than someone would need to know to start the game. The game’s makers also did a fairly good job of allowing the players help if they need it, but allowing a way for more advanced players to bypass the help – the bookshelf. Although the introductory tutorial isn’t able to be passed up (to my knowledge), the books that you receive in game only appear when they are needed and are easily accessed or easily ignored. I became thankful for the books when I was trying to consider how to get bunny fur to make bunny yarn and, in turn, bunny fabric. I intensely spammed the “A” button while standing next to the rabbits with the shears, but I couldn’t understand why it wasn’t working until I read the book about rabbit care that I had received upon buying my bunnies. They actually just dropped their fur every two days or so and I didn’t have to shear them at all. 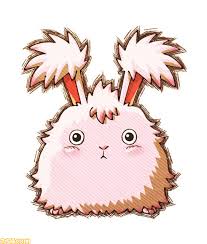 Artwork for a “Story of Seasons” rabbit.

Speaking of bunnies – another thing that I loved about Story of Seasons was that you could have bunnies! The new animals in this game aren’t just limited to bunnies (although I have yet to get so far as to get anything as exotic as a camel). This shows the production team’s willingness to advance and embrace change.

None of the bachelors are very remarkable though Fritz has been my personal choice. If he is any indication of what the others are like, the flower events are cute and certainly do invoke an emotional response – many of them made me feel bad for Fritz and his willingness to assist anyone who seemed to need help; sometimes the willingness to help ended up getting Fritz hurt and the attempts at helping the town’s people are very often not appreciated. The flower events aren’t overly difficult and the choices are pretty obvious for the most part, so the game should be decently easy for most in terms of progressing to the point of marriage, although much of the process, just as with any other game of the franchise, is dependent on the time and day. 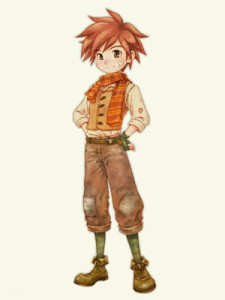 The main issue with bachelors and bachelorettes that I have seen is that, firstly, very few of the bachelors are remarkable in any way. Fritz has the most personality out of all of them and it is obvious that he is the boy in which the game would have you go with, however, may of the bachelorettes are very interesting and show the potential to grow as individuals – Elise especially. Elise is, by her own claims, a farmer, however Elise does no work, even stating that she does that get her hands dirty and simply checks on the work of her servants from time to time; the entire first encounter that I had with her in the game revolved around her thinking I was her new servant and having her order me around. She is spoiled and doesn’t know what hard work is, constantly expecting everything to be handed for her. That may sound terrible, but for a character that is something great. This leaves a lot of room for character growth which is something that I am hoping to see in Elise as I continue to befriend her.

The game has also added something else that is of a lot of interest – the conquest system. Rather than just buying more land or something boring like that, the player can acquire more land by renting fields and by “renting” we of course mean that you have to wait until a lease expires and then have a competition to see who has the right to use that land. I lost my first conquest, but, after that point, I was ready and have won every conquest since. The extra fields are very helpful and add a sense of competition that I have never felt in another farming based game before. 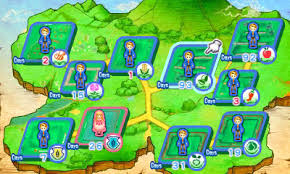 A glimpse of the Conquest System

The gameplay and controls are relatively smooth although it can be annoying to try to give a character a em gift and have them run out of the way four or five times before you actually give it to thsuccessfully. That said, Story of Seasons certainly does not fall flat and it is an addictive and great gaming experience.

Fun and Easy to grasp

Story of Seasons is fun, easy to grasp, and has characters that are not perfect - making them capable of growth.

/Cast Episode one: The Forecast of MMOs