With all the Pokémon news in the air over these last few months, it is important not to forget about a venture the franchise is taking into an unknown territory marked by the upcoming release of Pokémon Go. This title will be Pokémon’s introduction to app based gameplay and will allow trainers to encounter pokémon as they travel around in real life. Word of Pokémon Go has been coming to players off and on for some time now, but, on June 15th during the Nintendo Treehouse portion of E3, many of the long awaited answers were finally delivered.

Pokémon Go has provided several advertisements, but it also left fans with many questions such as: what pokémon will I, personally, be able to encounter? What will be included from the main series games? How many of the currently released pokémon will be included in the game? What affect will this have on Pokémon as a franchise overall?

The pokémon that will be available in the Pokémon Go game to begin with will be only the originals in a celebration of the franchise’s 20th anniversary. However, it was also stated that developers intended to add other pokémon at a later time. This most likely means that the app will undergo updates (much like any other game or app) to add the creatures. Niantic also stated that they wanted to keep the personalities of pokémon the same. The example being that abra, in the main series games, typically teleports away during the first move when a battle starts with it. 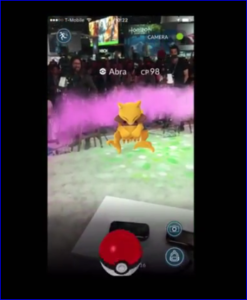 Traits such as these are what the company aims to recreate in Pokémon Go to make the experience as much like a real life pokémon experience as possible. That said, pokémon will be available based on environment – just as they would be in the games. Areas such as beaches or lakes will have a surplus of water pokémon while forests and fields may have grass pokémon or perhaps a rattata hiding in the grass. Aside from the actual pokémon from the games being included, there are also gyms. However, gyms will operate a bit differently and will act in a “capture the flag” style, pitting teams against each other for control of structures. This is an important mechanic because this brings many players together – just as the Pokémon franchise has always done with its main games in the past. The Pokémon Go+ only adds to this experience as it allows the player to focus on real life instead of the screen on their phone, vibrating and lighting up when a pokémon is nearby. This amazing little device, stated to be released at the end of July and priced at $34.99, allows trainers to meet one another, to speak to each other, and to become friends with a genuine shared interest. The affect that this title is going to have as a whole on the series could be immense because of this. Pokémon has come so far since the days of the link cable and this shows that more than anything. Not only can you trade with players across the world now, but you can also meet up with people in your area who have shared in a similar experience – the Pokémon experience. Pokémon Go has the potential to bring together so many people for the purpose of fun and togetherness. With the chance that it could have the capability to connect to some future main series games, this title could completely change the way we play pokémon. It wouldn’t be a game where you just sat around anymore – it would be a game where you could explore the world around you, taking time to genuinely appreciate the place you live in and the people who you share that with, and isn’t that a game truly worth playing? 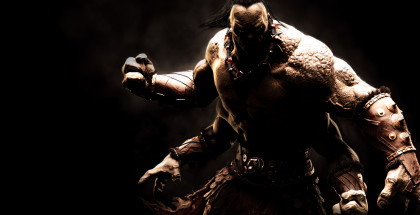