This Month on PSN

Here it is: this month’s fresh, hot batch of exclusives for PlayStation Plus Members. Hell of a month, too, with a couple of high-end exciting titles in the mix. It’s shooters and puzzles galore this month, not that it’s a bad thing. Overall, a nice haul of freebies and a great discount lineup make this a good month for the Sony followers.

Never Alone is a cool little puzzle/platformer that has you playing as a young Inuit girl and her snow-white fox buddy. It was developed by Upper One Games, with help from video game education company E-Line Media, and its story details some of the interesting history and culture of Alaskan indigenous folklore. Upper One Games is, in fact, the first indigenously owned video game developer in history. The art style is very interesting, combining beautifully-rendered HD graphics with scrimshaw-like art throughout the game. It’s  simply beautiful, and the story will teach you about a very interesting culture that isn’t typically given a lot of attention or background. Definitely worth checking out. 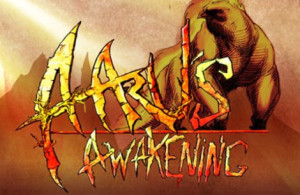 Lumenox Games’ debut title, Aaru’s Awakening is a very fast-paced action-platformer that has you assuming the role of Aaru, a very talented creature-thing of a protagonist with the abilities to teleport and charge. You will be using these A LOT, and they make for pretty good hair-trigger puzzle experiences. Your reflexes will be tested. If you’re a platforming gamer, this one is right up your alley, offering some mind-numbing puzzles alongside alongside fast-paces 2D action in an overall quite challenging experience. Check it out, and cheers to Lumenox Games for a successful first release. 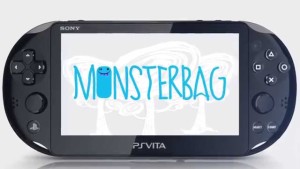 A cutesy game! There’s always one. MonsterBag is, honestly, quite an unusual game. The art style, the gameplay, the music… it’s really all quite odd, but in a quirky, positive way. You play as an adorable little creature-thing called V, and all you really want to do is get to your best friend, Nia. However, this involves getting through many crowded places, which can be difficult when you’re a monster thing that scares the s%&t out of people when you just walk nonchalantly down the street. You’ll have to use your telekinetic powers (and hiding) to get around without people flipping out and smashing you to death. It’s a fun little romp for the Vita, albeit a short one, and is a pretty cool addition with this month. 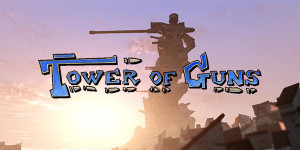 Tower of Guns is a procedurally generated FPS game. It’s a freakin’ tower full of guns! I love my roguelikes, and this one is pretty innovative. If you’re a fan of Borderlands, the art style is very reminiscent of the series. The gameplay is wonderful; fast paced shooter action is only catalyzed by a tower is filled with a variety of guns that can be upgraded with coins you get when you destroy enemies. The game is not very long. Actually, you can beat it in about 2 hours. But every time you run through the game, it’s completely different. Different guns, enemies, bosses, you name it. That’s the beauty of a roguelike. Warning: pretty addicting.

Killzone! Free Killzone! Finally! That’s right, arguably the best shooter for the Vita is free now, and boy is it glorious. Killzone: Mercenary is all about  a new perspective: you’ll fight alongside both the ISA and the Helghast. The graphics are mind-blowing, which isn’t often heard of in handheld gaming. At least not to this degree. It looks AWESOME. It plays a lot like any other Killzone game: shoot people, make them die, etcetera. Definitely don’t miss out on this one, it’s not often that you get such a high-end game for absolutely free. 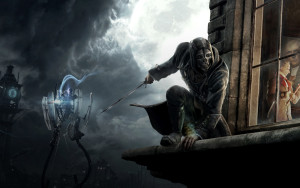 At this point, everybody knows about Dishonored. It may be opinionated to say this, but it’s the best competition for Assassin’s Creed. A first-person stealth game, Dishonored is the story of a betrayed bodyguard named Corvo that’s out for revenge. There’s a lot of gadgets, skills and upgrades to mess with, as well as a lot of really cool environments to parkour around in. get it, guys. It won’t be free forever.

Here’s April’s discounts for PS Plus members. Remember that some of these are hanging around from last month, and will most likely expire soon.

Hot Shots Golf: Out of Bounds Complete Collection (PS3) – 20% off

My Singing Monsters In-Game items (PS Vita) – all 50% off

There’s also a Dragon Age sale going on right now, with the games and their expansions all at a highly discounted price. Come back in about a month for your May update, and don’t forget to be awesome. ‘Til next time, friends. 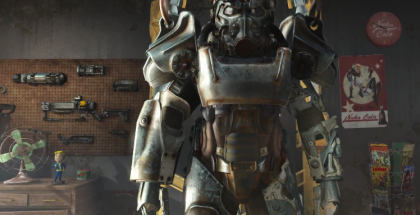