No More Room in Hell [Review] 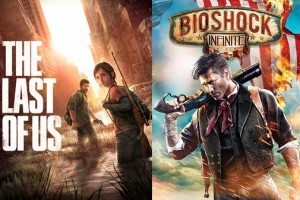 Oh, you know the game I’m talking about.

So, back in 2013 after we had all played the shit out of “that one game” where a character voiced by Troy Baker leads a young woman through a dangerous and artfully designed world which received universal critical acclaim for it’s fantastic story and brutal combat a near-total conversion mod for the source engine came out on Steam Greenlight. It’s name was ‘No Room in Hell’ and it claimed to be a zombie FPS with a focus on survival as it had very little in the way of a HUD and featured zombies that were more durable than wet cardboard. I was intrigued by this when I read it because at the time I was browsing that Greenlight page the only zombie games that I was familiar with were all about machismo and empowerment; gunning down hordes of undead without a care in the world. To my surprise, No More Room in Hell managed to get out of Greenlight and see the light of day on Steam. Even more surprisingly (considering how Valve has handled the Greenlight program) it was actually pretty good.

The premise is simple: You are a survivor of in a zombie apocalypse and you must do whatever it is to get extracted to someplace safe. In the survival maps (read: nazi zombies clone) that means surviving wave after wave of zombies until help arrives and in the objective maps (read: Left for Dead clone) it means getting from point A to point B without becoming some zombie’s lunch. The game is very focused on realism, both literally and superficially, unlike other games that just do the latter (**cough cough** Call of Duty and Battlefield **cough cough**). This could be a challenge for beginners, but it’s worth it.

Zombie Apocalypse  – That’s the first and last thing you need to know about No More Room in Hell’s story (or NRMiH, because nobody has the time to say all of that). No other explanation is needed and honestly as much as I would like a Nazi Zombie-esqe story told through easter eggs or even a wall of text (like in Doom) I honestly don’t think it would be necessary and apparently neither did the developers. I think the devs understood that with The Walking Dead , Left 4 Dead, 7 Days to Die, Dead Island, World War Z, Day Z, The Walking Dead game, Dead Nation, Dead Rising, nazi zombies, State of Decay, and Contagion; people already understand how a zombie apocalypse is supposed to go down. If that’s what the devs were going for; I totally agree with them. The Zombie Apocalypse has become one of those settings that are so familiar with so many people that they don’t require any  explanation; like World War 2, the Old West, and your mother’s bedroom.

Considering that the story is basically non-existent (NMRiH is multiplayer only after all), it comes down to gameplay to hold up the experience, and it sure as hell does. As I said before; the gameplay is divided by maps that are either survival or objective modes. In survival you have to protect a safe zone or group of safe zones from being overrun with the undead, and in objective you have to navigate through a zombie infested area to safety. I honestly prefer the objective maps over the survival maps because you can’t just run hell for leather towards every zombie you see and beat them into a bloody pulp. No sir, you have to out maneuver the zombies and pick a fight when you have to, otherwise you’ll be overrun. This all leads to multiple instances where NMRiH forces you to make split second life-or-death decisions with a level of intensity on par with anything Tell Tale has to offer – and the best part is you don’t have to feel like an asshole if you fuck up. On the flip side the survival mode isn’t all that entertaining as your tasked with defending one or more areas against waves of zombies. I never really fell in love with most of these maps and the only one I can recommend is the one based off the house from night of the living dead. Most of them just have too many entrances, not enough supplies and overall just never clicked for me.

Now, onto the moment to moment combat – which is amazing. The gunplay is presented almost as realistically as possible. There is no HUD and no way to check your ammo without physically checking your clip via holding the reload button. Melee combat is also unusual, as it takes into account that average human isn’t a mid-nineties Arnold Schwarzenegger. Zombies can take multiple attacks to kill even with the most powerful melee weapons. Melee weapons also take time to finish, usually don’t stun enemies and don’t interrupt attacks making melee fights a dangerous game of attacking and pulling out.

As I was saying; NMRiH does almost everything that it can to be realistic. For example: you can only carry a limited amount of weapons, items, and ammunition in your inventory. Actually, the inventory system does deserve a word of praise as it makes managing your items very intuitive. It’s a simple pie chart overlay that shows how much space each item you have takes up. Right click drops stuff and left click equips or uses stuff – It’s that simple! I just keep asking myself why hasn’t anyone thought of this before! It would have saved so much time! I mean if I took all the time I spent flipping through a Pip-boy in Fallout or debating whether bandages were more valuable than a clip for my Makarov while a sniper lined me up in his crosshairs in the pre-standalone Day Z, I could have built a fucking house!

One aspect of NMRiH that deserves expanding upon is the infection mechanic. Every time a zombie grabs hold of you and bites you before you push it away there is a chance of you becoming infected and slowly having your brain rot away as you become a mindless zombie incapable of independent thought.

The only warning you get when this process starts is a bunch of veins that appear on the sides of your screen that slowly expand towards the center as you get closer and closer to death (think ODing on Phazon in Metroid Prime 3). There are pills that heal infections, but only temporarily; as long as you are infected you are always living on borrowed time, relying on finding that next pill bottle to stay on the right side of the abyss. I absolutely love this mechanic, because it provides even more tension to an already hair-raising, nipple-hardening experience. Every time you get bit, you have to watch your screen in anxiety looking for those veins and once you are bit you have to be on extra alert for pills; you have to do anything for pills and that includes killing other players.

Now that I’ve finished essentially giving the NMRiH free advertising allow me to talk about some of it’s flaws. The first and most annoying is matchmaking. It’s just too damn hard to find a  server in NMRiH that’s playing the map you want and the odds are that if you do it’s going to be either laggy, (though that may be due to your own internet†)  already in the middle of a game, or one of those god-awful unlimited ammo servers. The problem with entering a server in the middle of the match is that you will most likely have to spend upwards of ten minutes watching a small group of inexperienced players that, while sucking at the game, have the survival skills of a cockroach. During this time you will be unable to do anything other than watch or leave the server because dead players cannot chat with the living. The other problem with matchmaking is the unlimited ammo servers, which you will inevitably accidently join and enjoy yourself in until you realise that all the challenge and fun has been sucked out of the game. Other than that, and some pretty shoddy NPC pathfinding I don’t really have much to say against NMRiH.

So that’s all I have to say – NMRiH is an underrated gem, the devs need to improve it’s matchmaking and Troy Baker is one sexy, sexy man. I’m now just going to answer some FAQs and wrap this up.

A: Very little, all the weapons and items were created by the modders and there are very few HL2 objects in the game world.

A: The only requirements are a decent computer and Half Life 2.

Q: “You said something NMRiH being a rip-off of “Nazi zombies” and Left 4 Dead, I have L4D and Call of Duty, should I not bother with downloading NMRiH?”

A: You should still try out NMRiH. I was mostly joking when I said that. NMRiH is still a very unique experience.

Q: “Is NMRiH still updated by the devs?”
A: Yes, they just came out with a new update last month.

(†: Thanks alot Comcast! You bastards!) 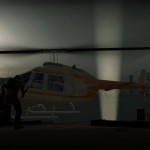 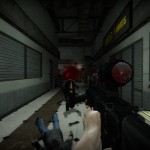 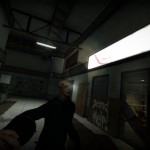 A surprisingly good zombie survival mod for Half Life 2. Deviates from the usual recipe for this sort of stuff and it paid off.