Greetings folks and folkettes! In this article I’ll be covering League of Legends by Riot Games. I will be providing an introductory guide to how the game works, what the goal is, the general mechanics, strategies and important terminology.

League of Legends is a free-to-play MOBA, which in case you didn’t know, stands for Multiplayer Online Battle Arena, which basically means it’s just a big war between two opposing teams to siege each other’s bases. League of Legends was originally inspired by DotA (Defense of the Ancients), an unofficial spinoff/mod of Warcraft III. The basic premise of that game was that there were two teams of Heroes and their goal was to siege each other’s bases and take down their Ancient. League of Legends is similar in that your goal is to destroy the enemy Nexus.

To get there though, you must traverse the arena known as: 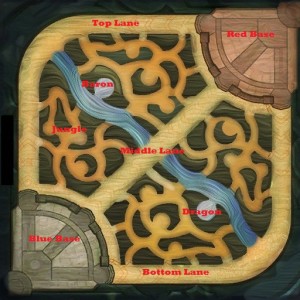 Pictured left is the rift itself; complete with clearly-not-poorly-done-labels for the various locations. Every few seconds, waves of minions will spawn to run down each lane, basically to their deaths, because besides the enemy champions, the obstacles they have to face are the enemy minions and turrets, which fire magic beams at them. The turrets will also fire the beams at your champion if you’re close to it and there are none of your minions nearby, and also they will switch to attacking you even if you have minions there if you hit an enemy champion whilst underneath it. These turrets are the first objective you have to try to take in the game, there are three turrets in each lane: the outer turret which is placed near the river, the inner turret which is located just outside the entrance to each base, and the inhibitor turret which protects the next objective.

The inhibitor looks sort of similar to the nexus but smaller. The inhibitor’s purpose is to weaken the enemy minions in the lane. Once an inhibitor is destroyed, that lane will begin to spawn stronger ‘Super Minions‘ which have more health and deal more damage, thus making it easier to overtake your opponents. After a short time though the inhibitors can respawn, so they need to be destroyed multiple times each game usually to keep the lanes pushed . This basically means they respawn at the most inconvenient time just to ruin your day, fun, huh?

After the inhibitor is destroyed there are two more turrets which simultaneously protect the Nexus. Once destroyed you’re free to attack the enemy Nexus and you win. Simple enough right? Well nope, there’s plenty more to it.

This is actually very important, when standing inside the brush, you become invisible to enemies outside of the brush. Perfect for biding your time, waiting to bop an enemy with whatever ridiculous weapon your champion happens to wield. 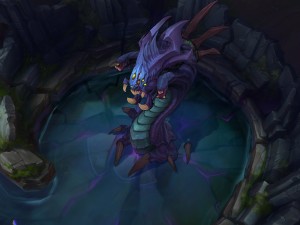 In between each lane there is the jungle, a labyrinthine area full of monsters. This is where the ‘Jungler‘ makes their home during the game, which I’ll get into later. The Jungle isn’t the only place with monsters though, along the river are two ‘Epic Monster‘ camps which host Baron Nashor in the top side, and the Dragon in the bottom side. Baron Nashor is a big bad purple snake thing with a lot of health and damage, usually requiring three or more players to kill. When killed, he not only gives experience and gold to the team that secures the kill, he also grants a buff. Baron’s buff is called Hand of Baron, which enhances your team’s damage, speeds up their ability to ‘Recall‘ (teleport back to their base), and empowers nearby minions. Needless to say, despite only being a temporary buff, this is an incredibly important objective that can easily secure a victory or turn a game around. On the south side is the Dragon, which like Baron, has a lot of health and does decent damage. When killed, the dragon gives a buff that stacks on the team that kills it. The buff stacks are as follows:

Needless to say, Baron and Dragon are incredibly important objectives for winning the game, but not strictly necessary, and thus are risky to take. Many teamfights are fought around Baron and Dragon. Which also leads me into the next topic –

Champions, Teams and the Meta.

There are five champions on each team, and the champions are divided up into six classifications:

Keep in mind though, more often than not, most champions fall into two of these classifications, which is why they have a primary and secondary class. For example; we’ll look at my favorite champion, Tristana. 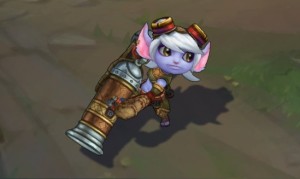 Isn’t she cute? Well watch out, she’ll pop a cap in your ass faster than you can say “Whoosamawhatsit.” Now Tristana is classified as a Marksman/Assassin because of her high ranged damage, which comes from her Marksman side, and her high mobility paired up with huge burst power is what makes her an assassin.

Now in theory, you can successfully play any champion in any way despite them all being very different, but over time players developed a general strategy of how to set up a team. This is called the meta. It exists because it’s an easy way for random players who just met to set up a team quickly and effectively. The meta consists of five roles: Top, Mid, ADC, Support and Jungle.

This is what makes up the meta that players have established, but watch out, there’s so much more to it. I know, I know I just wrote a giant wall of text, but hopefully the little peppering of pretty pictures helped break up the monotony of my blathering. In fact, here’s another one for the road. 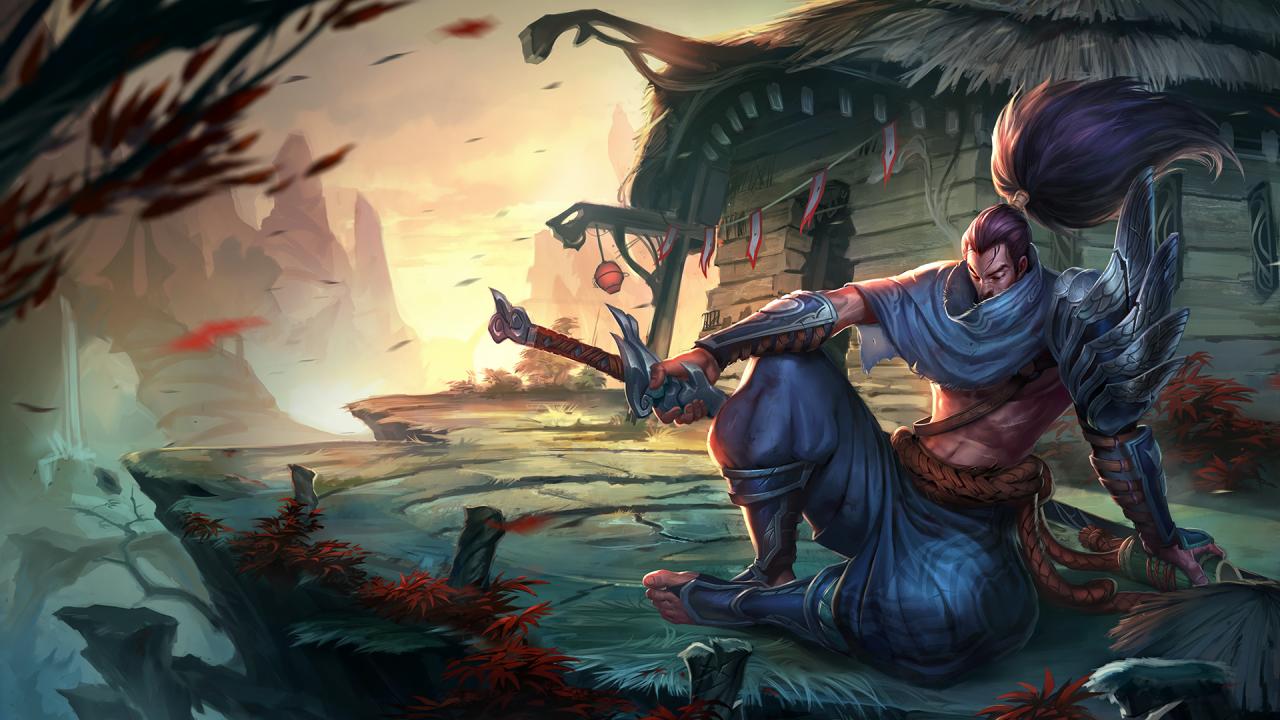 That’s Yasuo. He’s got a sword and a big ponytail.

In the next article I’ll be going more in-depth on the role of Mid; how it works, the types of champions that work well in it – along with a recommended list of starter champions for the role to get you used to it.

Good luck on the Fields of Justice friends!