Minecraft has been around for quite some time now. Everyone has at least tried it, and many people (DEFINITELY including myself) have spent hours and hours making their Minecraft world into their own perfect utopia. But, after you see it all, what is there left to do? The booming community of avid Miners and Crafters have your back on that one. Notch, the Creator of Minecraft and omniscient God-Figure of the indie gaming community, created his game to be customizable for the modding community. There are SO many mods that have been created to make the game better, bigger, and full of even more surprises. After spending hours trying many different mods from every corner of the internets, the following are what I believe to be the most worth your time.

**REMEMBER that you need to install the newest version of Minecraft Forge to your copy of Minecraft. Then you just have to place the .JAR or .ZIP file that you download from the given links into the ‘mods’ folder that the forge installation will create. For further instructions, check out this awesome guide for modding the game:  http://www.minecraftforge.net/wiki/Basic_Modding **

Also, of course, this guide applies strictly to the PC version of Minecraft.

All of the following mods are compatible with Minecraft 1.7.10. 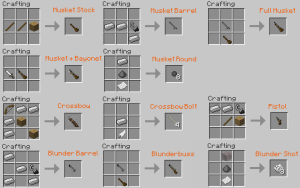 This wonderful mod adds a bunch of new weapons to the game, including crossbows, spears, battleaxes, and the crowing jewel… GUNS. Blunderbuss, pistols and rifles are craftable, as well as ammo for them. This adds new possibilities to Minecraft, and with some of the powerful mobs that are thrown into the world with certain mods, it’s almost necessary to have some sort of extra firepower. 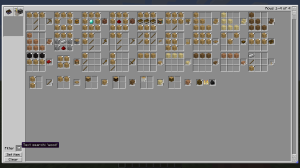 Craftguide is very simple mod, but one that I hold dear to my heart. It adds a single crafting recipe that allows you to create a usable book that contains every crafting recipe in the game. It even shows you how to make items that were added with any mods you installed. It proves to be very useful, and prevents the constant need to check a wiki for crafting recipes. 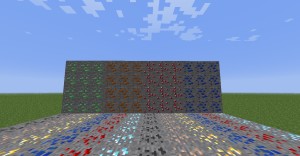 The M-Ore mod adds LOADS of new minerals and metals to be dug up under your Minecraft world’s crust. You can find Sapphires, Rubies, Copper, and many other minerals to be used in crafting tools, weapons, armor, and a lot more new items that the mod introduces. You can even find uranium to craft a uranium furnace or the massively powerful uranium TNT blocks that leave a gigantic hole in the world that would give Michael Bay a chubby. It really beefs up the mining system to something far more than the original game offers.

This mod is truly unique. It adds an entirely new mechanic to your world, allowing you to dig up various archaeological items such as fossils and relics from fossil blocks that can be found underground. Make a fossil analyzer to recover the fossils from their original states and discover all sorts of new items. Eventually you’ll come across some dinosaur DNA that, with a newly added ‘Culture Vat’ block, can be recovered into dinosaur eggs and then incubated and turned into pet dinosaurs. Yes. PET. DINOSAURS. Some of them aren’t so friendly at first, but they can all be tamed and used to defend your world. Definitely try this one out. 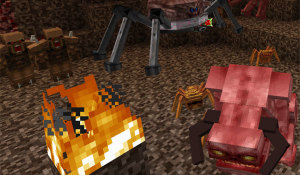 I could talk about this one for days. This mod makes Minecraft a huge challenge, adding loads of mobs that are both aggressive and non-aggressive. Lava imps and lava golems, brachiosaurs, kobolds, little weird desert death creatures, and soooo much more. You can also craft a ‘soulgazer‘ that allows you to document the new mobs into a bestiary. This will tell you more information about them, as well as details on how to farm/tame some of them. If you like an RPG experience, this brings Minecraft one step closer to being a full-on role playing game, with danger lurking around every corner and a lot more to achieve that will add hours to your Minecraft experience. Don’t miss this one.

These 5 mods are guaranteed to all work in tandem with each other, though you have to keep in mind that other mods may conflict with those listed here. The only way to know is to try it out. Hopefully these mods well help breathe life back into what is arguably  the ideal indie gaming experience. Minecraft should never die, and with the community of modders that we have going for us, it’s probably got plenty of time left before it even thinks about going out of style. 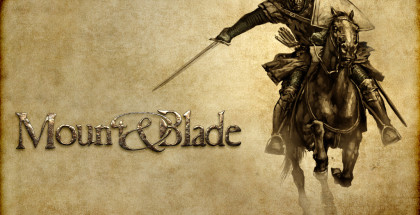