Beautiful environment. Gorgeous soundtrack, and extremely satisfying puzzles. If The Talos Principle follows along with the quality of it's Public Test, it will be absolutely superb.

A look at the The Talos Principle Public Test Preview

For all the puzzle gamers out there…. Or whatever you refer to yourselves as.  Croteam brings us a nice first look at up their up-and-coming puzzle adventure “The Talos Principle”.

The Public Test is a nice little tidbit of the game. Croteam gives us access to 4 of the first puzzles in the game which together make the first total stage, this is available for anyone on steam to download for free at the moment, though when the game launches it will be 40$ later in December.

Immediately upon starting the game you will notice 2 things. First of all. The game is absolutely gorgeous, nothing over the top. Just simple beauty. Even if Croteam didn’t give us any puzzles to play I wouldn’t mind running around an exploring the nice wilderness of the first stage. That being said, the second thing you will immediately notice is you have absolutely no idea what is going on. There are no instructions nor NPC to tell you what’s going on either. You’re dropped in the middle of the woods and the first thing you will be able to find is this: 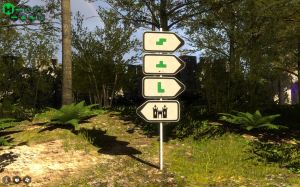 Following the signs to your favorite tetris piece will bring you to one of three of the levels. You can go at whatever order you please, and they are arranged by difficulty going from Easy, Medium, and Hard.

Naturally, I choose to go in order and started at easy.

Before, when I mentioned the lack of direction they give you, I neglected to mention what a wonderful thing that is. I’ve never been one to play tutorials, and I’ve certainly stopped playing many a game because of boring openings forcing you to sit through un-needed explanation and boar killing or something of that sort. The Talos Principle just lets you go and start on your puzzles, and instead of holding your hand through them, each puzzle will introduce a new concept to you dynamically and just let you learn the game as you go along without ever overwhelming you.

On a side note, I was incredibly satisfied with the music in game. It’s very atmospheric and definitely helps you feel right at home in the Talos universe. It’s peaceful, pretty, and really helps you stay grounded on the more frustrating puzzles. I’m hoping an OST will be available to purchase along with the game, because the music is absolutely perfect.

Going through Easy and Medium difficulty proved fairly simple and gave me a pretty good understanding of what to expect going forward, though I’ll admit I spent an embarrassingly long amount of time on the hard difficulty with the omniscient voice narrating my journey occasionally requesting I give up and try again later. Feeling a little frustrated, I took his advice and decided to explore the area a bit. I redid the previous puzzles, found a gold star in one of them that I couldn’t possibly tell you what is for and even found a computer that I could hopefully use to look up some hints on the Hard difficulty 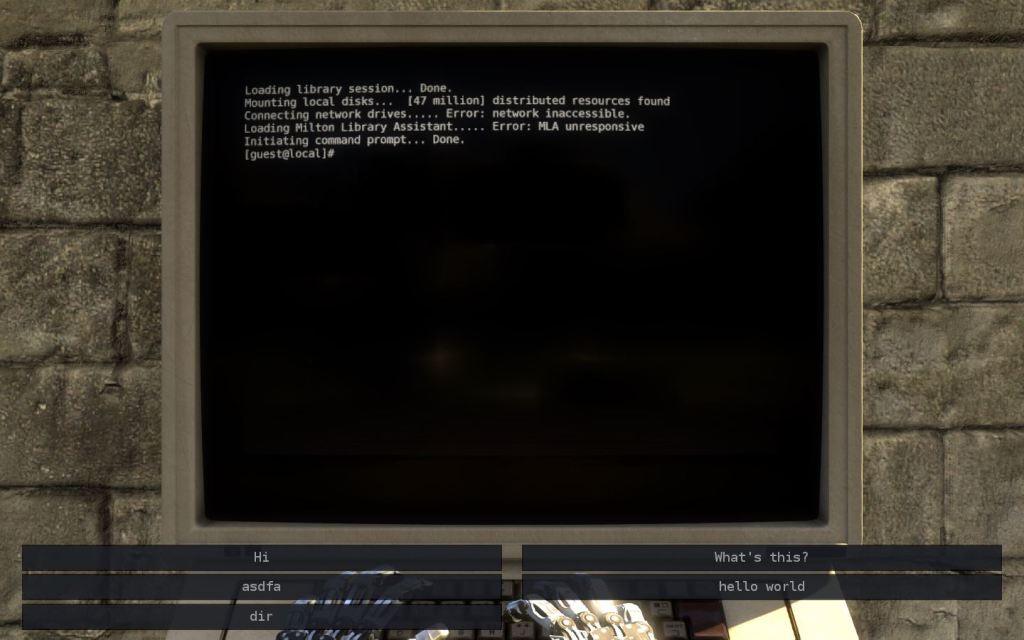 I was left with more questions than answers.

Eventually after cooling down I returned to the hard stage and was able to finally pass through, and I have to say. Like other puzzle games similar to this one, solving a hard stage is INCREDIBLY satisfying, so with a new found confidence, I press onward to the last available stage. The Castle. 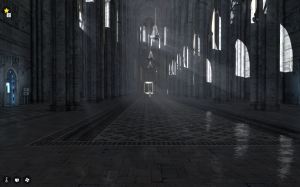 Must have slipped my Dark Souls screenshots in here by accident…

I was actually able to complete this one much more quickly than the hard stage, but there was an additional layer of depth, and was still equally as satisfying as the last stage because of it. You are congratulated by being sent to the game’s hub world where you can no longer continue to progress in the public test, but get a nice look at the how much content to expect from the full release.

Originally before I got to the hub world, I was a little skeptical about the 40 dollar price tag, but after reaching this zone the amount of door ways to other zones you can go through should add up to over 100 puzzles, which after spending a decent amount of time on just the first 4 should certainly add up to a pretty hefty amount of game time that will all lead up to….. 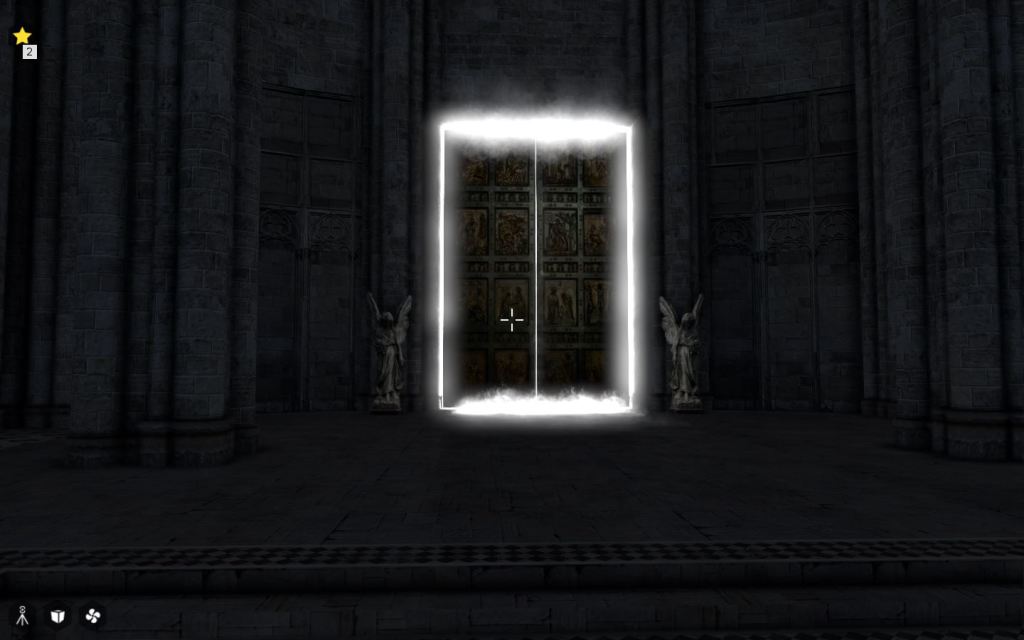 well, I’m not sure where it leads, but it’s really enchanting.

Obviously I can’t speak for the rest of the game because I have only had the first bit of the game to look at, but if The Talos Principle is consistent with the first stage, then this game will be an absolute blast. Really excited to see what’s to come.

Again, The Talos Principle is available to test the first stage for free on steam. I highly suggest you check it out while you still have time and if you enjoy it as much as I did, there is an option to pre order the game. If you do so before December 18th, you can get it for 10% off.

Beautiful environment. Gorgeous soundtrack, and extremely satisfying puzzles. If The Talos Principle follows along with the quality of it's Public Test, it will be absolutely superb.