Hello and welcome to you, my wonderful one adoring fan! It’s so great to see you again; we really should catch up sometime. Perhaps over a bubble tea or even a large, ornate cake? One with various hand-shaped fondant decorations! Oh, doesn’t that sound just DIVINE? Oh wait – fondant’s gross. It sure makes the cake look nice but when you take a bite you just sit there chewing on this relatively tasteless, semi-dried, semi-edible Play-Doh. Now, you might be wondering why I rambled on about fondant in a gaming article, reason being for that is: we’re going through a crisis. This crisis is what I like to call the “Fondant Effect.” 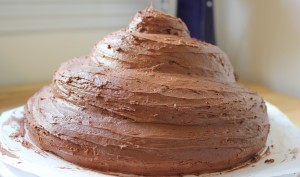 Now, let’s get into what fondant is, for those who don’t know. Fondant is basically a moldable sugary substance that’s frequently used by cake artists to make intricate designs. Fondant looks really good, but it tastes terrible. This is exactly the issue we have in modern gaming today. Not a day goes by that I don’t hear about some, “Great new game! Coming soon!” and I’ve started to become cynical about it. So often does this happen, and nine times out of ten, said game is very good looking, but unbearably dull, unoriginal, repetitive and/or frustrating to play. It seems like games today so frequently follow this logic, that if the game is ‘realistic’ and looks good, that it’ll be an instant cash cow.

Now this is a problem, because those of us who are clearly-not-super-pretentious-and-obnoxious, myself included, who want to push gaming forward as a legitimate art form are really held back by this happening, because it causes those who don’t believe in that idea to not take us seriously because the games themselves are made for a quick buck. You know who else this affects though? You. The consumer, the players. Casual and hardcore, girls and boys, young and old, newbies and veterans alike, we all suffer. Games have stopped being about the fun and innovative experiences they can offer, and are starting to become just mindless sequels to cater to the same old fan bases. Anything new is usually just a copy of something else, and more often than not, completely devoid of the most important factor: entertainment.

Let’s look back shall we? Now, we have plenty of classic games from all eras. There’s Mario Kart 64, The Legend of Zelda: Ocarina of Time, Spyro, Donkey Kong Country, Super Metroid, Chrono Trigger, 007 Goldeneye, Sonic the Hedgehog (1991), the list goes on. What do all these classic games have in common? They’re all incredibly fun, even to this day. Even when taking off the rose-tinted nostalgia glasses, these games still hold up. They have fun gameplay, innovative mechanics and concepts, and good art styles, despite having dated graphics, these games still hold up today, and most of them make it frequently onto most people’s top games of all time lists. I would easily recommend any of these games to somebody who needs something fun and different to try out, provided of course they haven’t played them already. They’re all incredibly fun games, which brings me to my first point. 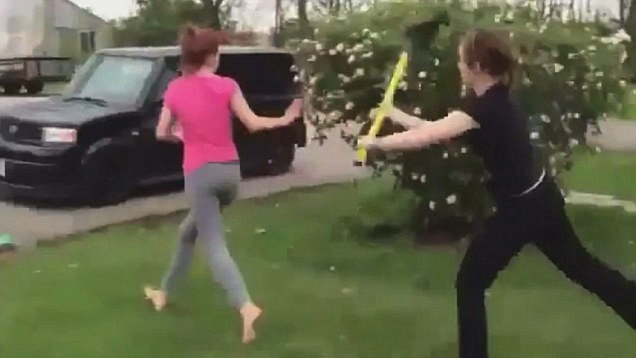 More fun than you can swing a shovel at.

Geez, always with the shovel. Now, fun is defined in the dictionary as an activity that is enjoyable, amusing or entertaining. That is the number one thing all game-makers should strive for. While this is one of the least-affected areas of concern, it is still affected. Modern games for the most part will have a very hard time being defined as ‘Classics’ in the future, because they just don’t have the staying power and upon replay, aren’t as fun. It seems the definition of fun has changed for some people, and while it’s important to embrace changes and developing styles of games, the one core thing that needs to be kept at bay is a little thing called boredom. If you’re ever bored while playing a game, it hasn’t done it’s job as a source of entertainment. I can’t even begin to count how many games I’ve beaten once and never touched again, or simply quit halfway through because I just wasn’t engaged in it and thus became bored of it.

What needs to be done is to look back at the things that made classic games so fun. The first thing I’d like to mention is: 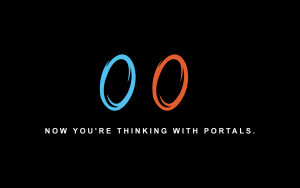 You can do anything with Portals. Anything.

Now, while there have been a few incredibly innovative games in the last few years, Bioshock, Slender, Portal, Heavy Rain and LittleBigPlanet to name a few. Each of these game introduced new concepts for future games to come. The only problem is, this can lead to some backlash, this backlash of course being people trying to copy said innovation to make a quick buck. Slender is the easiest one of these to pick apart, because it was actually a great little low-budget game that didn’t need to be flashy and obnoxious. It was just a simple game the still scared lots of people and spread like wildfire. Unfortunately it also created a giant pile of progressively crappier pseudo-remakes made by people who put little to no effort into it just to cash in on the Slender-mania. This is upsetting because it leads to a collective groan among people after a while, preventing a true innovation from actually being recognized for what it is.

These innovations are very few and far between unfortunately these days, leading to most developers pumping out repetitive sequels that are essentially just the same game with a different release date and games that are borderline plagiarism. some games can get away with this, like sports games, because they can’t really change the rules of the game, but other things we as a community should expect so much more from  Now, another way developers seem to try to ‘innovate’ is to make a game look as realistic as possible, which leads me to my next section.

On the left: Contra, a golden masterpiece On the right: Generic gun game #74

Now, modern technology can be a fantastic thing, but with it comes potentially serious consequences. One of the most noticeable is that many games these days are so hyper-realistic that some can be mistaken for actual reality at first glance. This isn’t a bad thing on the surface, in fact it’s a great thing for immersing a player into a game world. The downside though is that it seems that many game developers will rely far too heavily on realism and just make these incredibly pretty games that frequently feature dull and repetitive gameplay, poorly written stories and dialogue, and recycled concepts. This is a sad truth unfortunately, in the past, games weren’t pretty because we didn’t have the technology to make them photorealistic, but they were still so incredibly successful. That’s because they weren’t these one-dimensional games with little to offer below the surface. They relied heavily on making the games as fun and different as possible, and it worked! The classics I referenced above show this in each of them. 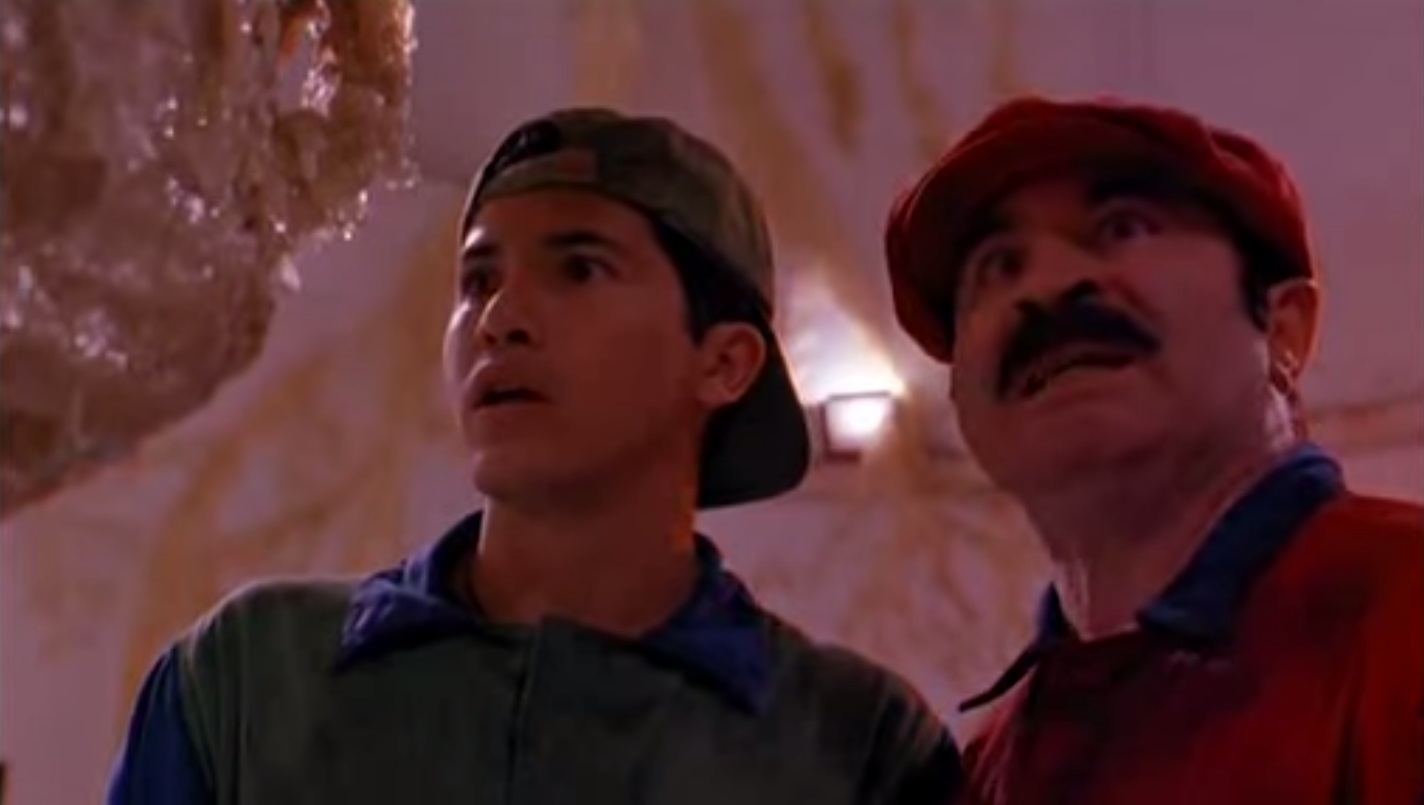 What’s the harm in putting the real world and video games together? Oh wait…

Now, there’s the other side of the coin which is stylization. This is when a game’s art, visual design and graphics are based off of a set art style that’s well-developed and polished. This of course might not be as initially immersive as realism, but it offers so much more potential than realism, because stylization isn’t grounded in reality, so anything can be done with it! The possibilities are completely endless. As I’m sure you’ve noticed, I lean far to the side of stylization as being the preferred option in games I play. It can still be incredibly beautiful to look at, but also with the aforementioned endless possibilities.

Now, from an unbiased view, both of these things are amazing, and one will never be better than the other, so arguing over it is frankly a fruitless waste of breath. There’s only one way we can fix this. 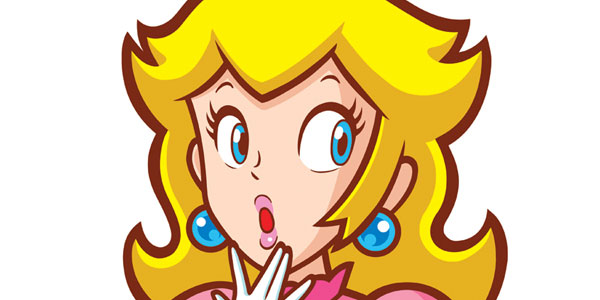 “Who can save us Bazzlie??!!?” You may shrilly ask me, to which I’d initially respond by telling you to lower the volume and tone down the melodrama. Afterwards of course I’d tell you the truth of the matter, the only people who can save us is ourselves. We have the power, this is an industry after all, and these companies will always try to do what makes their customers happy and wanting to spend more money on their products. If we can make it known that what we want is fun and innovation again, we may very well enter a new golden age of games. Developers will start to design games around being an engaging and fun experience first, and pretty to look at second. The best examples of this come from the indie gaming community, games such as Minecraft, which are just fun games to play, throwing the previously necessary conventions of competitive visual development out the window of something fun and new. Look where that went; it became one of the most popular games of the last few years almost overnight.

The potential is endless for what we can achieve through gaming, and we can truly create amazing and fun experiences for everybody again like we had in the past. All we have to do is get those big corporations to realise what it is we truly need.