Having Recently reviewed the independent survival horror game Outlast; I figured it would be worth it to spend a little bit of time talking about it’s DLC expansion: Whistleblower. It would be easy to just say that it’s just more of the base game, but I believe it’s entitled to a little bit more discussion… … well; that, and I don’t think just saying the previous sentence constitutes enough material to make an entirely new article.

Whistleblower follows the story of Waylan Park, the programmer who sent Miles Upshur the email that sent him to Mount Massive in the first place. Once his corporate douchebag boss finds out that he ratted them out he proceeds to imprison Waylan, but <spoiler> happens and Wayland manages to escape from his cell as Mount Massive descends into chaos. Along the way he picks up a camcorder (the same model as Miles’ which apparently has some sort of super night vision mode that eats up batteries like it’s nobodies business) and uses the same mechanics  in the base game to navigate the asylum and look for an exit.

Overall, I liked Whistleblower. The story was nicely done, though it does focus more on Waylan’s personal story and lacks all the big reveals that the base game had. The story does suffer a little bit for it, but at least it doesn’t lose a lot of momentum in the last few minutes like the base game did. The gameplay was on the most part a copy paste of the base game’s which I didn’t really mind because Outlast has great gameplay. The gameplay is still great and it is still horrifying. They did do one thing two thirds of the way through that did change up the game quite a bit and I don’t want to spoil anything so I’m just going to say it’s simple, annoying, brilliant, and terrifying.

Whistleblower was a very good experience and I strongly recommend it to anyone who liked Outlast. Its very scary and a great way to kill a few hours.
Disclaimer: Just like vanilla Outlast, Whistleblower is rated M by the ESRB (although I think it walks the line between M and AO) and contains some disturbing shit. Seriously; I kinda think that someone at Red Barrels figured that now they had made their money with the base game they might as well just go and put in almost anything they could think of in the DLC just see how far they could push ESRB.

Minecraft: Xbox One Edition handed over to Microsoft for testing! 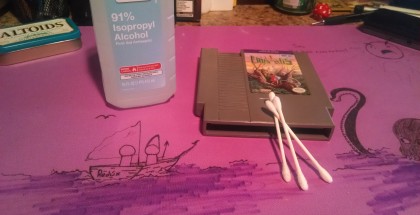