So, not even a month ago, the kind souls at ArenaNet revealed the planned expansion for GuildWars 2 – Heart of Thorns. The Revenant will be the ninth profession added to the game, and the third heavy armor class to grace your character slots. So, let’s get into the juicy details for this new profession. 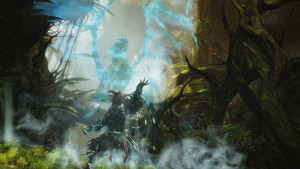 The unique theme selected for this profession is that it has a constant tie to the mists. With this in mind, any Revenant is able to select a stance from a pool of legends -epic characters from the past that you can draw your powers and abilities from- and you’ll be able to select up to two of these legends to use at a time. You will always have one active stance, and one inactive stance. This will serve as your weapon switch since the Revenant will not be able to use more than one weapon set; meaning the Revenant will be somewhat similar to an Elementalist in that regard. Switching your stances effects not your weapon abilities, but rather what is on the right half of your action bar –  your Healing, Utility, and Elite skills. The legend you select will determine the skills in those sections, but you’ll also have an energy bar tied to your active stance.

The Energy Bar (new resource), and the return of Upkeep Skills

The energy bar is a new resource that the Revenant will be reliant upon to be able to use skills. Some skills will have a lower energy cost than some, while other will be much more taxing on your energy bar. These more expensive skills, may not be able to be used constantly but they’ll be able to have a much larger payoff than their cheaper counterparts. If you switch to a new stance in the middle of combat, your energy bar will increase(or decrease) to half, and will regenerate as the battle continues.

Revenants will also have “new” Upkeep Skills. Some of you may remember these skills from the original Guild Wars. Several of your stances will have abilities that will stop you from regenerating energy, or even deplete your energy until you either toggle them off, or run out of energy all together.  This new skill type in GuildWars 2 will allow for a very interesting way to play the game as a Revenant with a major focus on energy management.

Breaking the mold is what ArenaNet does best, and they’ve done just that with their new profession. They’ve given a wholly different feel to this profession overall. Players won’t feel like a Guardian (read as “a better flamethrower than an engineer”), or a Warrior; but rather something completely different. I do admit, that this is a very welcome change. While I was leveling both my Warrior, and Guardian I wasn’t sure of the difference between the two except for the way you build them. ArenaNet  wants to make the Revenant feel as if you embue every attack with power from the mists, enhancing the look and the overall feel of the class as a whole. What they’ve done with the different weapon skills does exactly that. 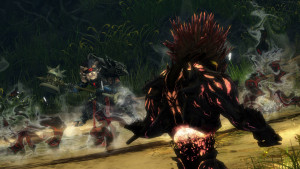 Hammers: You’d probably think of a hammer as typically slow, and physical. The Revenant turns this up on it’s head and uses it as a ranged weapon. You’ll be able to use a hammer to throw projectiles at your foes, create huge AoE damage zones, and be able to put up shields that follow you around to block projectiles. These skills allow you to command the battlefield and preemptively control the flow of combat.

Maces and Axes: These two weapon styles are focused on your positioning. All attacks with the mace are direction based, such as the weapon skill Manifest Toxin. This skill will send a chain of toxic energy through foes and onto the next. We’re not sure how long the chain will go on for, but I assume five, with it being the magic number already for most skills that buff or debuff. The axe is used more as a utility for the mace, but you’ll be able to make massive rifts in the world with a swing of the axe, and that is pretty damn metal. This skill, Temporal Rift, will create a rift directly in front of your character that will collapse on itself after a short duration, pulling in enemies. 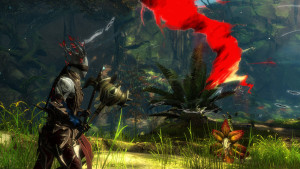 This is just the tip of the iceberg with the Revenant. More skills will be announced, and surely more weapons as well. For more information head to ArenaNet’s website and read more on the full article; and be sure to keep coming back to us here at Slashskill for more Guild Wars and video game news!