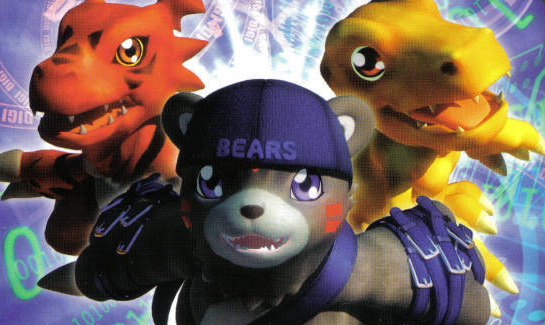 Whoah, hey. Welcome to /Skill! Home of the new, and often the old. Recently we’ve been blessed with a new series where we talk about retro video games! Well, retro-ish I suppose. That term is pretty loose. But anyway, today we’re gonna talk about Digimon World 3.

Digimon started out as a franchise of virtual pet toys, inspired by the ever so popular Tamagochi toys. Originally, they were supposed to be cute and iconic much like their inspiration, but then were influenced a lot by the west’s comic books and various edgy art styles of the time. The brand began to grow as it developed an anime, a trading card game, and most importantly; video games. Today, we’re going to take a look at the game that stood out the most to me within the Digimon franchise. No, it’s not Rumble Arena… though that was incredibly fun. I’m talking about Digimon World 3.

Digimon World 3 takes place in an MMORPG called “Digimon Online” where players are quite literally transferred into the game in sort of a Virtual Reality type thing. In the game you play as Junior, whose name is later changed to a “username” that the player gets to put in at the actual start of the game. From here the story unfolds; a digital world full of monsters to fight, trading cards to collect, and a quest to become the Digimon World Champion! Or at least that’s what the plan is supposed to be. What really happens is a terrorist organization known only as the A.o.A., starts to mess with the game, which prompts Junior to spring to action so he can pwn these noobs with his sup3r l33t skills. No, that’s not what happens. Junior does however end up battling and defeating many an opponent in an attempt to stop the A.o.A. in their tracks. 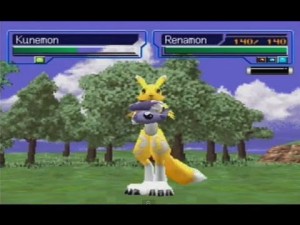 The main mechanics of the game are relatively simple. Let’s compare it to Pokémon, which is fitting given the similarities in their names, and a little bit of Final Fantasy. In the beginning of the game you can choose up to three different “starter packs”, each containing different Digimon. The first pack contains Kotemon, Renamon, and Patamon. The second pack has Monmon, Agumon, and Renamon. The final pack has Kumamon, Guilmon, and Patamon. In DW3 battles consist of turn based combat, each player taking their turns respectively based on that character’s speed. In game there are both random encounters in the wild and other tamers you can fight. Each character has a set amount of health and MP. MP is spent on using special attacks, much like they were spells. You can also use standard attacks, and Digivolve into their respected Champion and Ultimate forms. Evolving is not a permanent change; it’s more like a power up during combat, which follows the progression in the anime in a sense. You can go to training areas in-game and put your Digimon through short exercises to increase their stats, which in turn affect the types of digivolutions and move-sets they can get upon leveling up. Equipment can also be bought for your Digimon, such as armor and weapons and equip them to increase various stats. 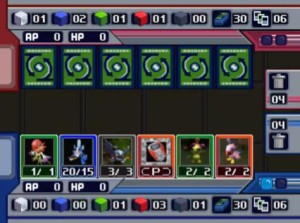 Can you say product pushing?

The game also has a card game in-game, which is totally okay and makes sense seeing as how the game is basically one massive simulation. This card game is completely unnecessary however, and kind of makes challenging other players to a fight a 50/50 chance of being either a card battle or an actual tamer battle. The problem with this is that in game, leveling up can make or break your experience. Some areas in game, especially early in game, are filled with enemy Digimon in their ultimate forms. These guys can easily clobber your entire three man party, and leave you starting back where you last saved, and if you forget to save often, then you can be set back pretty far.  The game looks pretty good for its time. 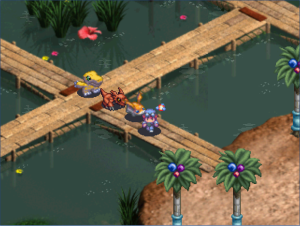 The graphics in DW3 in the over world are designed with sleek polygonal 3D style backgrounds, with character models being made with pixelated sprites. This is only in the over world of course. In battle, the sprites are replaced with full polygonal backgrounds and models for the Digimon in combat. There are a few animated cut scenes in game, more specifically the intro that are practically a PSX staple for its time, the animation pretty stiff and the character models looking like they’ve been made almost entirely out of clay.  But hey, they always did the best they could with what they had, and it was always a pretty worthwhile result.  This game was really an interesting experience, especially for people who were playing a lot of different RPGs at the time. It blended a mixture of Pokémon, Final Fantasy, an MMORPG, and a card game all into one disc. The environments were always very unique and memorable, so you never felt like you were in the same place. Plus, the game was pretty hard, especially if you don’t know what you’re doing. Digimon World 3 is definitely something you guys should check out if you ever get the chance.

Now if you’ll excuse me, I have a few digital monsters to smack around. 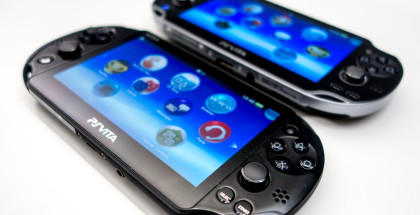