The Binding of Isaac [Review]

Bad - Some could be turned away by simplistic game play and balancing issues.

Overall - Recommended due to price for consumers that enjoy simple addicting game play.

The Binding of Isaac can best be defined as a rogue-like game, but it has distinct differences that separate it from other games in the genre. Rogue-like games generally have separate dungeon floors that act as levels, lots of loot, permadeath, and are turn/tile based. The Binding of Isaac follows some of these rules, but strays from the genre’s precedents in other ways, which makes it a unique gaming experience.  The Binding of Isaac is an indie game that was created by Edmund McMillen and Florian Himsl.  As of 6/24/13, the price on Steam is $4.99 with a $2.99 expansion DLC. This game runs on Windows, Mac, and Linux. Fans of the rogue like genre as well as people who want a game that doesn’t consume time, yet offers hours of game play, should enjoy this game immensely.

The game play is very simple. It consists of moving and shooting. You shoot in the direction that you’re turned, so there’s no control after you shoot. Your default projectile is the tears of Isaac, or whichever character you are playing with. The tears will eventually fall to the ground and disappear, and the range of the tears can be upgraded by gaining the “range” attribute. Attributes are gained by items that you pick up throughout the dungeon. Items can be obtained in many ways, such as beating a boss, opening a treasure room, or finding a secret area. Items come in the form of tear augments, passive, active, and consumable. There are also coins, keys, and bombs. Items give stat changes and also usually have some kind of special effect, depending on the item type. For example, the augments usually change the way the tear works, like having it go through solid objects or having tears that you can charge then release. These items are the keystone to what makes this game fun. Dungeon floors always have one treasure room, a few secret rooms, some normal monster rooms, and boss rooms. Monsters have unique moving patterns and attacks, except for those that just run into you for damage. Bosses are usually some variation on an existing enemy. Overall, the game play is entertaining, but doesn’t require much skill. There aren’t many choices when it comes to items or inventory management. Augments stack, and most consumables are used fast, so the player has options when it comes to active and passive items. Aiming is pretty simple, and it usually becomes bullet hell type game play while you try to avoid the enemy projectiles. The simplicity is what makes it so easy to pick up and play, but the combat can become monotonous and boring, unless you’ve gotten addicted to the other aspects of the game.

The story follows the biblical story called the Binding of Isaac. The video is set in modern times. Isaac’s mother is a very religious woman, and starts to hear voices from God, telling her to kill her son Isaac. She tries to kill him, but he manages to escape in the basement of the house, which is full of monsters. The game takes place in said basement. Most of the story is told in a beginning cut scene, with voice acting and simple animations.

The music of the game is pretty good, but lacks in variety. Every floor has a different track, all of which are individually attractive, but the lack of variation makes it hard to keep listening. The sound effects are very pleasing; lots of squishing and screaming, yet still having a goofy aspect that represents the game well.

The visuals are artistic and pleasing. Very bloody, gory, and all around gross. It provides a contrast to the biblical aspect that is frequently cited. Original and cool, there’s not much to complain about.

The games replay value could be its most prominent aspect. Unlockable characters, plenty of items, monsters, and bosses you may not have seen yet. Unlockable items have different base stats and start with items that complement each other. Also, they’re difficult Steam achievements if you enjoy collecting those. It’s a game that you can pick up and play, so it matters not if you have 10 free bored minutes or if you have time to try to unlock a new character or get an achievement. Alternate story endings also extend the game’s life. The DLC includes tons of new content, making this game a steal for fewer than 10 dollars.

Other notes: Is now compatible with the Steam Trading Card network, allowing you craft badges and make money just by playing the game. 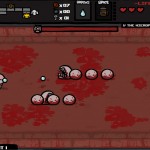 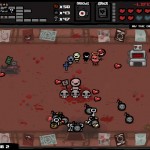 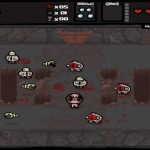 Bad - Some could be turned away by simplistic game play and balancing issues.

Overall - Recommended due to price for consumers that enjoy simple addicting game play.

Indie Steam The Binding of Isaac 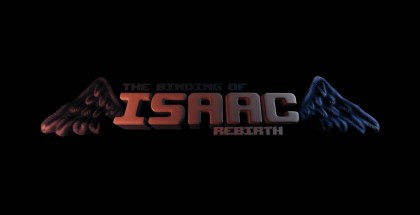