DLC Quest is a single-player Indie game released on November 2, 2011 by Going Loud Studios. It’s meant to poke fun at the Down-Load-Content that big budget game companies release. Available on Steam, Xbox Live, Mac, and PC for the price of $2.99. DLC Quest won the Xbox LIVE Indie Game of the Year in 2011. The base game includes two campaigns, and no expansions are available (for obvious reasons!).

Game play consists of platforming. At first, the only thing you can do in the game is move left. There are no sounds, no animations, only you moving left. You then have the ability to purchase DLC for moving right and LEFT! The game revolves around the idea of buying DLC to progress through the narrative. The in game currency is gold coins that are found on the ground. Players collect these coins by moving over them. Platforms are reached by using your new DLC powers to jump ledges and explore new areas. Combat is a very small part of the game and consists of pressing a button to attack. Of course, attacking must be bought with DLC.

In the beginning, you see the antagonist stealing your beloved princess. You must purchase DLC from the vendor to save the princess and live happily ever after. The second campaign follows the story of the first campaign, and follows the same ideas, but includes new DLC for you to purchase. Over your journey, you will meet people that will help you progress and present you with opportunities and obstacles relating to even more DLC.

The game’s soundtrack, like every other thing in the game, must be purchased with the coins. Tracks are 8-bit, have a cheery atmosphere, and are spread out as you traverse areas.  Moving through the game you’re never stuck on the same song for to long.

The visuals are simple and retro. There is a DLC that doesn’t progress the story, but provides a toggle-able brown and hazy color filter, mocking some modern games that look very brown and barren. Animation must be purchased. Unique environments and biomes to explore, such as caves and a winter level, make the game more interesting.

All things considered, DLC Quest is a fun game, and offered at a cheap price. It has Steam achievements that increase it’s life. It’s in desperate need of life, because a casual first-time run of both campaigns lasts  ~3 hours.  Not many choices are made during the initial play through, there aren’t many reasons a player would play again. The game is slightly difficult and generally fun.  For $2.99, the game is a good buy if you want some quick entertainment. 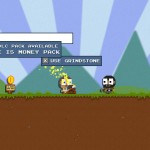 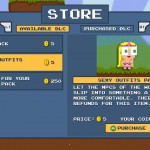 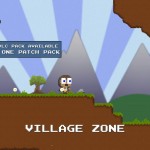 Deus Ex: The Fall coming to iOS this Thursday 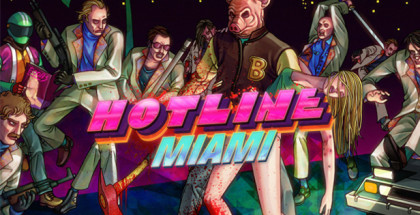