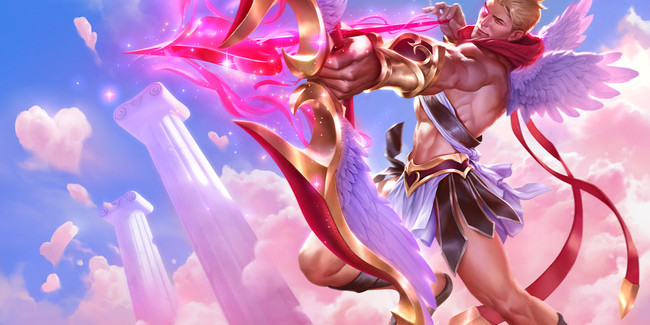 My previous article detailing important information necessary to understanding most of the blathering that goes on in this article can be found here:  http://www.slashskill.com/league-of-legends-beginners-guide-to-toplane/

Hello my dear friends! It’s absolutely lovely to see you all again my dearest friends. Its time to discuss my absolute favorite role in League of Legends. Oh yes, it’s finally that time. We’re going to learn about ADC! Woohoo! It’s been a long educational journey for us all, and we still have two roles to learn about after this, but I just couldn’t put off talking about ADC for any longer! Now who’s ready to shoot somebody? 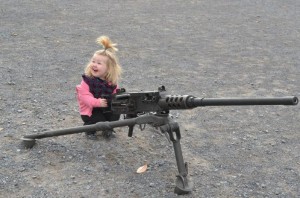 An accurate representation of me when I pick an ADC champion.

Now, ADC is an interesting role because basically, the whole point of it is to be a super squishy, high-damage, ranged, physical damage dealer. You might ask me; “Bazzlie, where do babies come from?” To which I respond by rescinding my usual statement regarding there being no stupid questions, only stupid people. Afterward, you might hopefully ask me; “What good is being a squishy-squishy?” To which I would respond with, “Nothing is good about it, but teams need someone who can siege, clean up in teamfights from a distance and whittle down their front-line when you’re all together doing the ever fun and awkward ‘What moron is going to screw up?’ dance before a teamfight.”

ADCs generally go to the bottom lane with a Support hanging out with them. You might ask me, “But Bazzlie, how can you get good farm with another person there?” To which I would promptly tell the person next to you to duct tape your mouth for repeatedly interrupting my teaching with relentless questions. I would then explain that the support doesn’t take farm from you, they can make money through special gold-income items designed for supports to use specifically so that they can focus on letting the ADC farm while they do whatever it is that the specific support champion is good at. 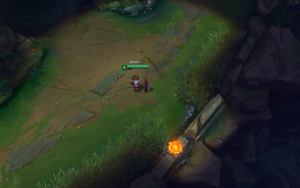 “I call frontline!” ~Tristana, adorably but incorrectly stating where she should go. Also, she’s in a pirate costume.

Now where was I? Oh yes; for the usual start to the article, the geography of bottom lane, which is where you’ll be spending a good portion of your time as an ADC, provided of course things go smoothly for you, which hardly happens in bottom lane, it’s just full of chaos and good old fashioned violent fun! Now of course, the bottom lane, as pictured to the right, is located in the lower-right corner of the map.

Similar to top lane, there’s a line of brush along the wall at the edge of the map, but instead of three smaller patches, there are two larger ones lining it. Also just beyond the range of vision in the picture, there is a brush on the right side of the river. This is a key place that junglers like to pass through when ganking the lane, so it’s super important to keep it warded as often as possible. Other than that it’s a fairly uninteresting lane geographically. Keep in mind that it’s a longer lane than mid lane, so if you get caught out of position, it’s really difficult to get back to your turret unharmed. Or even alive for that matter. It’s really important to remember that even with a support helping you, you can easily get yourself killed as an ADC. 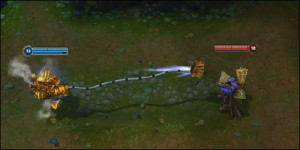 This is literally the most horrifying thing in the world.

An important thing to remember is that as an ADC, you really want to be the backline, so keep your distance if possible and try to keep some of your minions in between you and your enemy to block skillshots. Farming is super important as an ADC, like any laner really, but as an ADC, you have an edge. This edge of course is the fact that your auto-attacks are as strong as most AD melee champions, but also from range which makes farming so much easier as an ADC. To prevent you from this though, most Supports these days are oppressive poking/hooking machines that will do everything they can to get you killed, or at least prevent you from farming. Couple that with the fact that some ADCs have higher auto-attack range than others, it can be really hard to keep farming as an ADC if your opponents decide to be obnoxious all game. It’s important to always try to win trades as often as possible. Most supports don’t do heavy damage by themselves with a few notable exceptions, so as an ADC you’re responsible for getting that damage out that wins you the trades or even gets you a kill.

Try, also, to always be on the move so you can dodge things that can easily kill you. This applies to all laners of course, but as an ADC you have twice the amount of scary stuff to dodge in lane. So along with keeping your distance and making sure you have minions in between you and your enemies, always stay mobile just so you have an easier time dodging the hellish things some supports and ADCs can do to you. 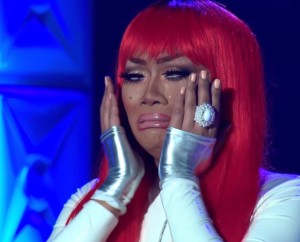 Most ADCs when their Support gets a kill. Boo hoo.

Now as for other dangers like roamers and jungler ganks, you always need to remember that the support isn’t your slave, you’re responsible for yourself, not them. They’re just with you to try and help. Also, as much as I love ADCing personally, I’ve noticed that most ADC players think that they are the stars of the show and should get every kill, and whine when they don’t get a kill. When playing League of Legends, it’s important to check your ego at the door and work together as a TEAM.

Now that that bit of unpleasantness is over with, let’s get to why ADCs are critical to a team’s success in the late-game. ADCs have a lot of consistent ranged damage, which means they can easily dispatch a whole team in a teamfight if their opponent isn’t paying attention. Not to mention, on top of that, quite a few ADCs have Shredding abilities, which are abilities that reduce armor and/or magic resist. This is so key because no matter how big and beefy a tank is, a good ADC can still do lots of damage to them. Also, ADCs tend to be the best sieging champions usually, because they can do lots of damage to turrets if given the chance to attack it. They can really get the job done quickly.

It’s super key that as an ADC, you can clean up in a teamfight, It’s not uncommon for an ADC to get a triple, quadra or even a Pentakill at the end of a teamfight just because they can clean it up if their team can keep them safe. That being said, it’s also not uncommon for ADCs to go balls-to-the-wall right at the beginning and get themselves killed a half second into the fight. This is what tends to separate good ADCs from bad ones. Some champions are better at surviving these though, usually due to high mobility,but even with those abilities, always try to  keep your distance and position in mind when in a teamfight.

Speaking of certain champions, let’s get to my next topic, shall we? 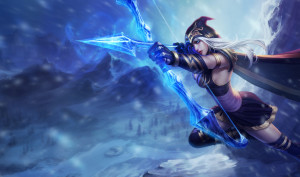 If anyone starts to sing, “Let it go” I quit.

Ashe is a personal favorite of mine, and she was my first ADC. This isn’t uncommon because she’s just a solid all-around champion, despite what people might say about her. She might not have the mobility of other champions, but she can hit hard and has a permanent slow, a global ultimate ability and even bonus gold income and vision. In the right hands, Ashe is incredible. For inexperienced players however, she has a relatively simple kit that’s easy to understand and try out to learn the role.

Ashe is all in all a seriously underrated ADC, she has one of the highest auto-attack ranges, making her very safe, and she can effectively chase people down with ease. Her ultimate can also turn the tide of a teamfight in a split second, not to mention it can also help other laners without her even taking a step out of bottom lane. On top of all this, she’s ridiculously cheap to buy. 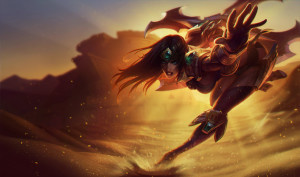 Sivir is a very fun champion that’s in an extremely good place right now. This is because, despite her low auto-attack range, she has ridiculous minion wave clearing capabilities and the ability to just negate spells and abilities used on her. Not to mention she can chase people down/escape extremely well. All of these qualities in a relatively easy to learn package? Yes ma’am Pam. 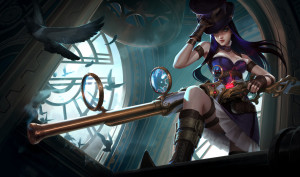 The sheriff of Piltover. Also, apparently she has fuzzy handcuffs.

Caitlyn, commonly dubbed the safest ADC in the game. This is due to her having the highest natural auto-attack range in the game, meaning she can poke and harass without even getting hit if played carefully enough. Caitlyn is also a lane-control machine. She can Zone people very effectively, (forcing them back away towards their turret) and her ultimate lets her snipe people from quite far away.

Caitlyn may not be as cheap as the other two, but she’s not super expensive either and is well worth the price, she’s an incredibly safe ADC with decent mobility and surprising harass and minion wave clearing potential. She’s also fairly easy to understand and forgiving to pick up and try for the first time. 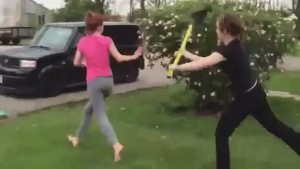 …The role called ADC. Thanks for reading everybody! Now next time I’ll be getting into the ADCs’ bot buddies, Support; and as always, good luck on the Rift you silly Summoners!