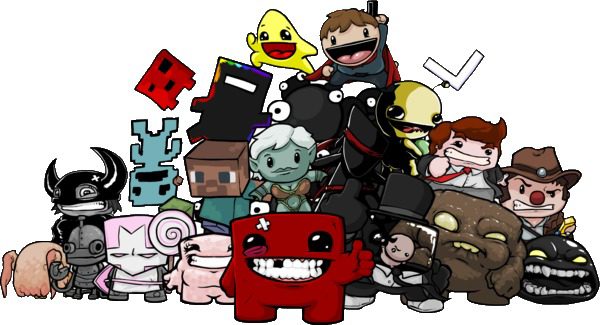 With all of the hype around publisher released titles, sometimes indie games are left behind.  Here are the top 11 Indie Games we saw at E3, in no specific order, that we think deserve some attention.

Cuphead is a run and gun platform indie video game created by Chard and Jared Moldenhauer.  These brothers from Canada operate Studio MDHR, a studio that creates its games in the style of 1930s cartoons.  The art style immediately sets the game apart at first sight.  As Cuphead, your goal is to fight a series of bosses to repay your debt to the devil.  Initially, Cuphead will release on Steam and Xbox One some time in 2016.

Abzu is an underwater diving simulator coming out on Steam and Playstation 4 on August 2, 2016.  The games name comes from the ancient words ‘ab’ (ocean) and ‘zu’ (to know), intended to be interpreted as ocean of wisdom.  The game highlights peaceful interaction with underwater life and is expected to incorporate some of the typical role playing game elements, like upgrades and equipment.

Yooka-Laylee is an open world platformer developed by some of the same people that created Banjo Kazooie and Donkey Kong Country.  Yooka (the green one) and Laylee (the bat) will travel across 5 game worlds using there moves, conceptualized for great platforming game play, along the way.  You will be exploring the Hivory Towers to find the Pagies needed to reveal the Grand Tomes.  Capital B and Dr Quack, the villains of the game, will be fighting to absorb all of the worlds literature and convert it into profit.

Tyranny is the next RPG from Obsidian Entertainment, the game will be in the same old school style as Pillar of Eternity.  Currently, there is no release date.

Aragami is a stealth game where you can create and control shadows.  Take down your enemies with a wide array of shadow powers.  Whether you choose to sneak by or leave no enemy alive, each level can be completed with multiple paths.  Unravel your memories and become the perfect assassin.  Release is set for Fall of 2016 on Steam and Playstation 4.

Styx Shards of Darkness is the next stealth game from Cyanide Studios.  It will be releasing on Windows, Playstation 4, and Xbox One sometime in 2016.  It is a direct sequel to the original Styx Master of Shadows, and is said to have the same basic design scheme.  Sneak around as an infamous Goblin and face off against the Humans, Dwarves, and Elves that are mad about the tower you took down in the first game.

In Absolver, you take on a character that has joined a group dedicated to maintaining stability in the world.  Developed by Sloclap, an independent studio located in Paris and founded in 2015 by many employees that had previously worked at Ubisoft on both the Watch Dogs and Ghost Recon series.  Release is set for sometime in 2017.

EA Play announced Fe, a new title from Swedish studio Zoink Games, during E3.  Although there are no release windows or platforms at this time, the videos looked impressive. In Fe, you wake up as a young cub all alone in a forest. The game focuses on the exploration and discovery of the world around you.

Inside is a puzzle platformer with a touch of adventure.  Playdead, the creators of Limbo, are developing and publishing the game.  You control a young boy in an interestingly monochromatic world where you solve puzzled and avoid death.  It will be released on Xbox One on June 29,2016 and Windows on July 7 2016.

Vampyr will be released in 2017 for Windows, Playstation 4, and Xbox One.  It is an Action RPG with interactive game play.  The game revolves around a vampire doctor that is coming to terms with his undead condition and his new found thirst for blood.  One interesting point is that there is actually no obligation to kill in order to finish the game.

How We Soar is a Virtual Reality flight experience releasing in Q4 of 2016 only on Playstation VR.  You take control on a giant Phoenix and explore a majestic world.