Disclaimer: Before we get started I would like to thank youtuber and mod author Someguy2000 for his excellent mods, and his hilarious Let’s Play of Prophesy of Pendor, which introduced me to the mod. 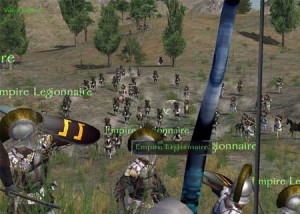 People, I’m not above any sort of temptation. There are things on this planet that I would kill people – respectable, honest people – for. Things like the Walton family’s wealth, H. Jon Benjamin’s voice, Rasputin’s physiology (look it up), and more Mount and Blade. The series is just that good. I recently caught wind of a total conversion mod for Warband (the most recent installment of the series, provided you discount With Fire and Sword, which most people do) called Prophesy of Pendor. So I downloaded it off the Nexus and it proceeded to blow my mind. I actually believe that this mod has more entertainment value than the game its based off of and considering its based off Mount and Blade Warband that isn’t easy to do! So as we wait for Banner Lord to finally be release (which should be around the time I pay off my mortgage… on my ice castle… in hell) why don’t we enjoy ourselves with some Prophesy of Pendor?

The Mount and Blade series, if you are unaware, is about being plopped into a balkinized medieval country where various factions wage war against each other for petty swaths of land and the right to raid a few border villages. You play as a random guy (or gal, though you don’t want to because this is the set in times where woman’s place in society is somewhere between horses and furniture) as they attempt to make a living in this incredibly unstable world. Unlike Warband, however in addition to the armies of various wannabe napoleons you have to outrun or out-fight, you also have to worry about the various other groups that want to ruin your day, like the batshit insane snake-cultists, the Mongol-like Jatus, the Mettenheimers (a bunch of heavily armed murder enthousiastes from a place that’s one part Germany and two parts Venus), and the Nolder, elves who give Orlando Bloom a run for his money. Overall, it adds up to an experience that is fun and unique without sacrificing the ability to scratch my Mount and Blade itch. 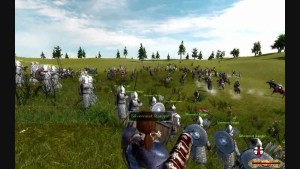 The gameplay is the same as it always has been in Mount and Blade games, with the exception for a few changes. Yeah, there’s still the usual cavalry-infantry-archers set up (IE: archers barely do jack-all, infantry charge each other in an attempt to beat each other senseless, and cavalry kicks ass), but this time there’s some new stuff going on to spice things up; like the Nolder, who can turn even the strongest units into pincushions with their arrows, Berserkers – pseudo-viking badasses that just don’t give a damn, and knighthood orders, who are probably worth a paragraph all to their own. Overall, the gameplay falls under the ‘if it ain’t broke, don’t fix it’ category, it isn’t entirely new, but it’s still a damn good time and the few new things that it does bring to the table are worthwhile.

Just like the series from which the mod was based off of, Prophesy of Pendor doesn’t have an actual story. Of course when you consider the nature of the series and that it doesn’t really matter either way when you’re knee deep in disemboweled Berserkers fighting to protect your only fief from an army that outnumbers you three to one, a lack of story can be excused. The Mount and Blade games allow the player to craft their own story, there’s some real emergent narrative right there, not that crap in Far Cry two! I can talk for hours about all of the lords I’ve befriended, my rise to vassalship in my faction, how my first fief was the municipal equivalent of a sick, and how my military and fiscal decisions turned my village into the Hamptons of Pendor. It was all a great experience.

So, I guess an important thing I’m going to have to cover is the changes, the most prominent of which are the new factions. And when I say new, I mean new from the ground up. Here’s the list: 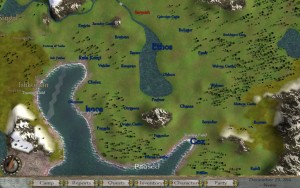 Another addition to the game is the revamping of bandits. Before, bandits were just groups of twenty or so uneducated men who seldom bathe, just like the audience at a Nickelback concert. In PoP ther’re even more types of dangerous baddies that are out to mess with you during the early low end mercenary/ wandering hobo stages of the game (as well as the generic folks). There’s the Jatu, the snake-cult, slavers, the Red Brotherhood (medieval mafia), the Nolder ,and devil worshippers that are all out to sharpen their swords with your intestines. The developers also added noble recruits, knighthood orders, a re-vamped economy system, and a whole lot of high level stuff that you’re probably better off finding out for yourself.

The final thing that really needs to be talked about is the concept of knighthood and noble recruits. Now, instead of being able to raise anybody from armed yokel hobo to knight in shining armor, regular recruits can only go so far. In PoP there are now regular recruits and noble recruits, the former being the usual soldiers you got from villages and the latter being rich kids who join you once you become the lord of a castle or a town. Thankfully they do eventually evolve from being socs from the outsiders to becoming real knights. 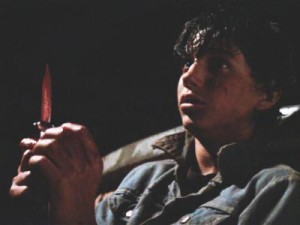 Hopefully before getting killed by the karate kid…

Once you have a supply of knights you can upgrade them to order knights, which is a completed process I don’t feel like explaining. I think that this new system is something that old Mount and Blade fans might object to at first, but it does add more playability in the long run, which is nice.

Overall I thought that PoP was good that it even trumps Warband. This mod was created by a team that made a crap-ton of stuff for free and I think that its better than the game it was based off of. It will consume your life and you will like it.

4.8
4.8
An excellent, free mod that takes what you already love about Mount and Blade and makes it better.

Lost in Draenor: The Original Draenor 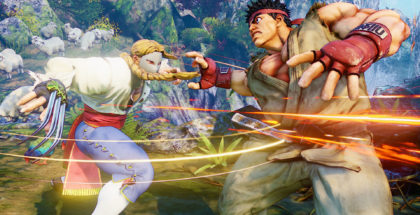