My previous article detailing important information necessary to understanding most of the blathering that goes on in this article can be found here:  http://www.slashskill.com/league-of-legends-beginners-guide-to-adc/

Greetings and salutations my dearest friends! Welcome to the latest addition to my Beginner’s-Guide-to-League-of-Legends-series-thing. If you may recall, and if you don’t, there’s a very helpful and convenient link up above to my previous article which talks about ADC, which of course is incredibly important to have at least a basic understanding of for this article, because this one will be about the ADC’s bot buddy! The exciting world of Support! 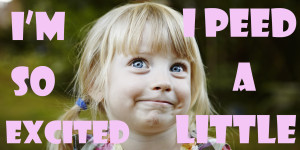 I literally can’t even handle it right now. 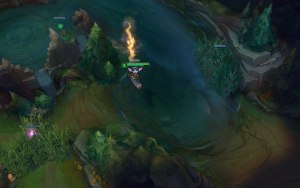 Tristana, surprisingly not a Support, showing you some key warding locations.

Support is an interesting role because it’s nothing like the previous three roles I’ve talked about. It’s a laning role, but not a standard laner. They’re opportunistic, vision controlling, playmaking, assist monsters. Basically what your goal is as a Support; is to babysit your ADC while he or she gets lots of farm and hopefully lots of kills to get fed. You want to set up as many kills/protect your ADC from as many attacks as you possibly can so that your lane wins. You also will want to be buying lots of wards, though everyone should be doing that, supports just even more-so. Essentially you’re the kind and giving motherly figure of the team. Fun, right?

Well actually, it is. You don’t need to worry about that silly farming thing. You make your money doing other things. This is of course depending on your support item. (Keep in mind you can only have one of these items, you greedy children.) 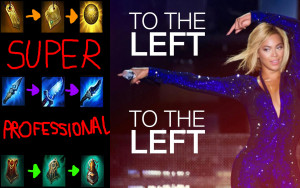 Starting with the top row in the diagram from left to right:

These items are crucial for Supports, as they would make very little money without them, seeing as how they don’t really kill minions often. Obviously different supports want different items. Generally you want the Ancient Coin set on a more passive Support. The Spellthief’s Edge set works very well on aggressive harass Supports. Finally the Relic Shield set goes well on tanky supports.

Now for the second SUPER important item you almost always need as a Support: a Sightstone. Sightstones are great items because they give you a little bonus health and give you 4-5 free wards you can place. (Keep in mind you can only have three active on the map at any given time.) These wards also refresh each time you visit the shop! So you basically have an unlimited supply of wards all game. This makes vision control super easy. You can see everything! 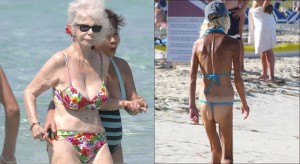 Now, onto the fun part now that the really important item conversation is over and done with. Babysitting time!

Now, as a support, as mentioned earlier, you’re going to want to babysit your ADC. This basically entails watching them and your lane opponents closely while your ADC obliviously farms. Should your ADC make a mistake, you need to do your best to help them out, unless of course they had a royal screw-up and you helping will only get you both killed. This basically means you should heal, CC, slow or harass away your opponent(s). You’re also going to want to set up kills for your ADC to the best of your ability, so make sure to punish the enemy players if they’re out of position. Keep your ward coverage up as much as you can as well, to protect you both from junglers and roamers seeking to ruin your whole day.

Transitioning into the mid and late-game, you’ll want to do your best to capitalize on potential plays you can make, for instance, throwing out Sona’s ultimate (which we’ll learn about shortly, class) on the enemy team when they’re bunched up, stunning them all so your team can kill them quickly. Many other champions can make good plays, it just takes practise and knowing the capabilities and limits of your champion.

Now, almost any champion can TECHNICALLY Support, but most can’t do it very effectively. There are a lot of champions that can really Support very well, whether it be due to amazing CC, healing, etc. Some of these champions are rather difficult though, while others are pretty easy. 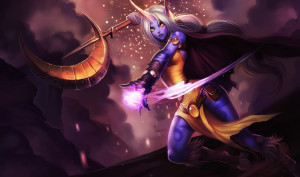 The Power of the Banana will be victorious. (She throws Bananas at people. Like actually.)

Now, prior to her rework, Soraka was basically the quintessential idiot-proof Support, just stand there and heal your allies and give them mana. That was 90% of it on Soraka. Nowadays she’s a lot more fun, but slightly more challenging. Despite this though, she’s still pretty easy to pick up and try out when you’re new, not to mention fairly forgiving as well.

Soraka is the premier heal-bot support and with good reason. Her healing potential is through the roof because of Astral Infusion and Wish. She’s also fairly simple and super cheap to buy! Really just a win-win for everybody. 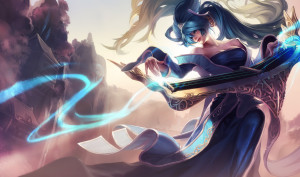 When you pick Sona, she’s so happy she’s speechless. (GET IT? BECAUSE SHE’S A MUTE!)

Sona may be the easiest support to simply pick up and play. There’s so much about her under the surface though that mastering her is actually quite difficult. She’s a multi-faceted jack-of-all-trades support that offers harass, sustain and disengage along with effective CC. This pretty maven of the strings has a little something for everyone, and it’s really hard to have an arsenal of potential supports without considering her. She fits very well into almost every kind of team and strategy you can think of. Also, she has really big boobies. I know some people will appreciate that.

All in all, Sona is a pretty simple champion on the surface, but underneath the bra, she’s very complicated. She’s also not SUPER cheap, but not ridiculously expensive either. 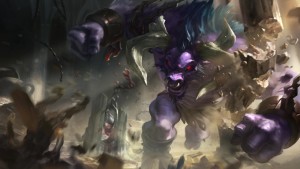 You can’t milk those.

And now for something completely different. We go from two pretty booby-ladies to a giant purple man-cow. Alistar is actually a great Support in that he can provide lots of CC and a little bit of sustain, plus he can be a very beefy, tank front-line. He’s pretty easy to pick up and play, and while not quite as forgiving as the previous supports, he’s still pretty forgiving in general because of his raw tankiness.

All of this leads to a charging, scary, healing, unkillable, man-cow-monster-thing. Watch out. The other night I literally went against an Alistar support who was basically the sole reason his team won. When played well Alistar is a MONSTER who ruins your hopes and dreams.

Well! That’ll be all I have to say really about Support for now. I hope you all enjoyed, thanks for reading and good luck on the Rift you silly summoners!

(With consulting from Gary Danovich (mohemian on /skill), because Bazzlie is a  humble person willing to reach out and collaborate with his colleagues. Check Gary out! His articles are great!) 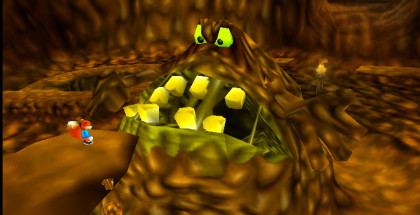