A simulation game that provides hours of fun to casual gamers, core gamers, and sadists alike! It's an excellent buy, but has been known to be buggy. I recommend it.

Did you hear that? I believe that was my credibility as a gamer leaving the room. By now it should be as Stephen King so eloquently put it – “gone like a fart in the wind”.

Yes I, Hobbs, find enjoyment out of The Sims games. Summon up the lynch mob boys, we goin’ ta hang ourselves a casual.

Okay, now that I’ve explained my stance on the Sims 3 (read: drew a target on my back), a game whose target market consists of casual gamers (read: rich suburban white girls) published by Electronic Arts (read: the Enron of video games) allow me to explain why: it’s fun. Yea, it’s a grind-tastic skinner box, but screw it, it releases endorphins, keeps the blood pressure down, and allows role play on levels you can’t achieve in many RPGs. It’s easy to get invested in a save file and it presents a nice experience for both casual and core players.

The Sims 3 is a simulation game developed by Maxis and published by Electronic Arts. It was released for Mac and PC in 2009. This review covers the vanilla PC version.

So for all of you who are unfamiliar with the Sims it’s a real time simulation of a household where you command your simulated people (sims) to maintain their bodily needs and advance in society, partly for your own enjoyment and partly because they’re so incompetent that they can’t so much as eat without having to half starve themselves first if you don’t command them to. You get to design your sims’ house, age, looks, clothing, and personalities (with a staggering amount of options) before sending off into the world to gain educations or start on career. On the way up you have to grind time up to improve your sims’ skills and manage their bodily needs, leaving just enough time to get them to their job and move them on up in the world. It’s all a very addicting and rewarding experience. 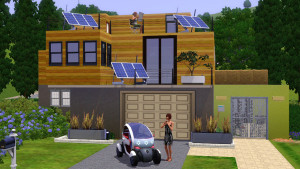 The general flow of a Sims game isn’t too complex. You run Sim through a cycle of work, sleep, and play; level up your skills until the time investment needed to advance further is too much; and and then quit when you inevitably get board. The Sims 3 does have a few tricks up it’s sleeve to break up the monotony, like having a town that runs in real time for the player to explore, new stuff for your sims to buy, and an aging system. The latter of which is actually a rather clever mechanic that lights a fire under Sims’ (and by extension the player’s) asses; forcing them to accomplish their dreams before they face their inevitable meeting with the Grim Reaper (who, fortunately, can still summoned with the tried and true methods of having a sim without any skill in cooking try to bake a meal or having a sim go swimming and deleting the pool ladder). Factor the aging mechanic with Sims giving birth before growing old and dying and I eventually had ,in one save file, a dynasty spanning 4 generations that controlled most of the town through having family members in high power positions and owning shares in the various NPC-run shops.

The new in game towns are also quite something. Now instead of being restricted to a rather large lot Sims have the freedom to explore a large town with various places to visit, including stores, restaurants, parks, beaches, pools, a gym, and a graveyard (as well as some hidden easter eggs which I’ll get to later). It’s also impressive once you consider that everything is running in real time, without loading screens, like in previous loading screens, allowing you to have multiple sims all over the map doing different things and jump to them instantly (provided you have the sheer mental power to keep track of everything). 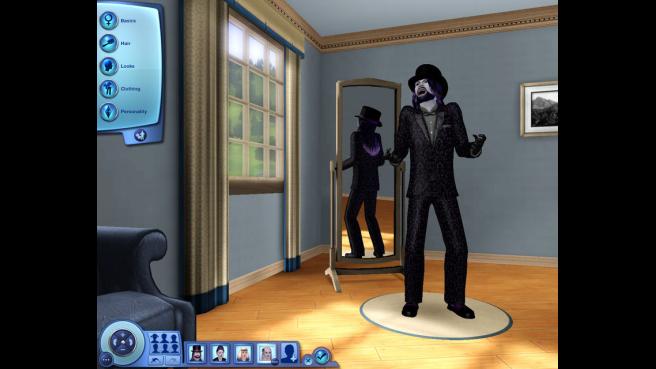 Finally, if you’re not sold on this idea of vast freedom and possibility that the Sims 3 provides, I’ve still got one more thing that could change your mind: the weird stuff you can do in it. Yeah  there is the usual sadistic burning or long term imprisonment that you can instil on your sims, but there are so many more levels you can take this. My personal experience in the dark  side of the Sims 3 revolved around the foundation of a red-neck sex cult. I (keep in mind I was roleplaying) created a sim by the name of Bill Creeper who lived in the large vacant lot in between the Altos and the Landgraabs. There I built a small hut with nothing but basic amenities in it (bed, toilet, fridge, and shower) and proceeded to build Bill’s cult. I needed Bill to recruit young women in order to create up the first generation of cult members. Bill also needed money because one of the rules I had established for myself was that nobody in the cult was to have proper jobs. I did discover, almost randomly, that in the unpopulated areas of the game world there were hidden objects (gems, ores, and rare insects) that were just waiting to be discovered. I found hidden little places where these objects could easily be found, marked only by easter eggs the developers left in the game, including an abandoned mine, a cliff face with caveman drawings, and a replica of Stonehenge. I was able to make some money off of selling these ores as well as the crops I had began to grow in my lot, but it wasn’t enough. Luckily I lived close to the Altos, who had lots of wealth and a teenage daughter. Bill visited them frequently in order to steal all of their expensive junk with his kleptomania perk and talk to the Alto girl, Holly. Unfortunately Holly was only a teenager when the a new town gets started, so I wasn’t able and didn’t want to romance her (also Bill’s god, who speaks to Bill in the form of a lobster-man that only he can see, forbides pedophillia). I met another woman, Zelda, through the Alto family and seduced her before convincing her to move in with me. While that was going on I had used the money I received from her moving in to build a wall around the perimeter of my lot, forming a compound. Bill started talking to other women while John Walsh (of America’s Most Wanted fame) narrated everything in my head. I planned to have Bill raise as many children as possible and have them work garden inside my compound. We were going to save our money till we could buy shares in the local businesses. After that I could build wealth and a sphere of influence, manipulating my way to the top. Then before I knew it we would be able to establish a cult of personality, have enough children to build a army of enforcers to patrol the streets with AR-15s and punishing citizens who defied the almighty Lobster Man and his prophet, Bill Creeper. Unfortunately my game started glitching out to the point where I could not longer play the game (which, in hindsight that might have actually been for the better).

Now that I’ve successfully alienated my entire fanbase (all 3 of you) as well as put /Skill on a government watch-list I might as well pretend that little digression involving what I do when I bored in the Sims never happened.

So, that’s what I think of the Sims 3, it’s a decent little experience that is what you make out if, whether that be life simulator starring yourself or an exploration of your mind’s darkest corners. It glitches a lot (and some of the glitches are game breaking with no fixes) and it’s quite a time investment, but it can still lead to some fun (or extremely disturbing) experiences. I can recommend it.