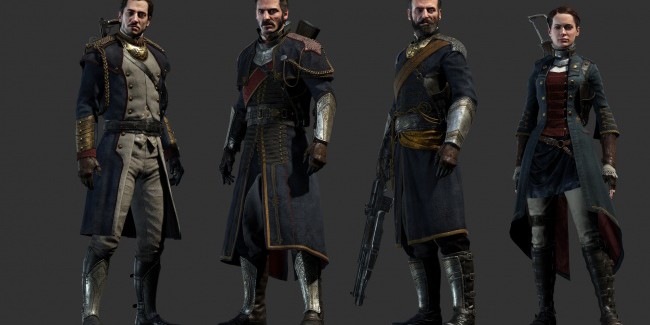 An in-depth look at the dominant features of The Order:1886. From the revolutionary graphics to the characters. The Order:1886 is a game to remember and will go down in history as the most visually striking.

Video games sole purpose for the consumer is entertainment. Same as the big screen movies and the deliciousness of television series. While no one person is wrong, no company is wrong. Not even morally.

We, as people and gamers, are so used to developers delivering the common norm. Such as first-person shooters, hack and slash RPGs, to the structured linear adventures. What happens when an developer shows us something different? That’s the case of The Order: 1886 made by Ready At Dawn Studios.

If you own or owned a PS3, chances are you heard or even played the epic story of Heavy Rain. A lot of people despised it because it was like watching a movie. At the same time, a lot of people loved the game. Playing through cut-scenes with timed button presses and crazy dexterous combinations impacted the story to a degree that rivaled only tabletop role playing games. The Order:1886 is such a game.

VISUALS
The Order:1886 is the best looking video game I have ever played. There is a certain we come to expect with games nowadays, but Ready At Dawn knocked the standard into orbit. The graphics are so clean and so polished, everything seems lifelike. To a degree, of course. There are no seams or errant lines on anything. Ready at Dawn really spent the time required to showcase just what the PS4 was meant to deliver. Nothing in the past compares to the level of detail and intricacy that team spent on the art and graphic quality. I highly doubt anyone will ever spend that much time and focus on a video game again. 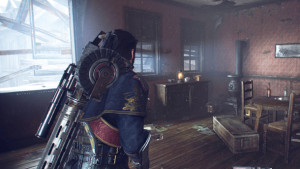 We, as gamers, are a picky picky breed of people. We want things exactly as we see fit. The art style should fit the scenario and overall tone of the game. Case in point, Lego games. Quite a few games fail to deliver graphics as promised or as expected. Often times with bigger budget games, the visuals take a back seat to game-play. Personally, I think that’s a mistake. If I was a developer/creator, I would want something that’s visually striking and absolutely stunning that players of my game do not want to look away.

Even the death scenes are amazing. Taking too much damage from the werewolves or missing a button, the werewolf LITERALLY rips your throat out. The scenes are slightly gory but not overly so. You clearly see the cords and veins being chewed through and ripped free from the flesh.

In The Order:1886, Ready At Dawn delivered a higher standard of what we should expect from our gaming enablers. You won’t play a better graphic game than The Order:1886.

GAME-PLAY
There are different aspects to The Order:1886s’ game-play that a lot of people are complaining about. People expect a game to be nothing but continuous button combinations and trigger pulling. Every game, essentially, has the same mechanics. All movement is done with the sticks and the four buttons control the vast majority of what you can do.
In The Order:1886, you are literally playing through the cut-scenes. And it’s phenomenal. It doesn’t require much thought or mental capacity to tap the triangle button to open the door. These mundane tasks allow you the be immersed in the beyond staggering beauty of your surroundings and the story sucks you in deeper and deeper.

Ever play Dungeons and Dragons or Pathfinder or any other pen and paper role playing game? Your Dungeon Master/Game Master is literally sitting at a table telling you a story and makes your characters do the mundane, simple, everyday tasks such as opening a door. It’s fun even then, right? So why are “hard core” gamers throwing such a fit about the monotony of the cut-scenes? Because, as gamers, we are so used to skipping cut-scenes in every other video game we have ever played, we have evolved to frown and ignore them. Gamers have no patience or desire to sit and listen to a deeply thought out storyline and gamers don’t pay attention to the characters on a personal level.
The Order:1886 forces you to listen to the lore and it keeps you engaged with the story and characters by making you open that door. 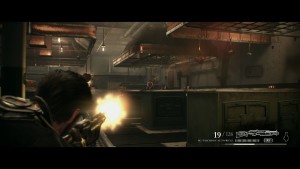 The Order:1886 probably has the most intense combat in gaming. Your character engages in furious gun battles throughout the story using the cover and peek system primarily seen in Gears of War and the Uncharted series. With a variety of weapons, you can engage your targets pretty much however you want. There’s two different shotguns, a few rifles, several pistols and a couple special weapons that are an absolute blast to use but require strategy and tactics.

A good bit of strategy and tactics are needed for the gun battles. At a point in the story, you are in a confined space with pillars and what seems like a relentless barrage of enemies. The enemies can flank, they cover each others advance, and can ultimately ruin your day by riddling you with bullets. You’ll most assuredly need to change positions and alter your angles just to keep foes at bay. 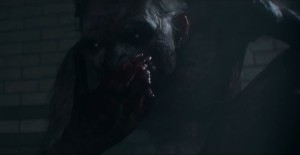 The combat sequences with the lycans are incredibly intense. They require well timed button presses to dodge and then you need to fire away at them. Fail to dodge, and you’re going to lose a good chunk of your health. Be on your toes and keep your eyes open for the approaching werewolves.

The boss fights are even more intense. You square off one on one with a bigger lycan armed with your machete-looking blade. The boss fights require extremely well timed dodges and slash attacks and then well timed saves.
People are saying that the game is too short. I put easily 10 hours into the game and enjoyed every minute. I spent time going after the collectibles and listening to the phonographs and enjoying the views. This game was meant to be enjoyed visually and a heavy focus on story.

CHARACTERS
I fell in love with the characters within The Order. Each of them play to their strengths as a well refined team and most importantly friends. There aren’t so many characters you can’t keep track of who’s who nor are there characters who are just there and not contributing. Most notably of the characters in the background that always has his hand in the story is Nikola Tesla. You only see Nikola Tesla in cutscenese surrounding his lab, but throughout the story, there are no surprise NPCs who just show up at the end of battle which they did not contribute to or the story didn’t pertain to them. 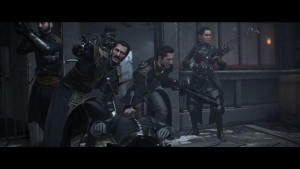 The knights of The Order are your typical do-gooders. They protect our human rights from insurectionists and anything that would do us harm. Basically, they are the Men In Black for 1886. There is very little comedy among them, which doesn’t distract from the direness of the story or change subjects.

The voice-acting is solid and very well done. Gamers have a new respect for voice-acting thanks to Nolan North and Troy Baker and Ashly Burch. And when a game gets voice-acting wrong (Destiny and Peter Dinklage) we throw fits. It’s like bad acting in a movie. You can not get over it. The only thing that got my nerves was Galahad’s heavy breathing. Yet he was supposed to be a forty-something knight who has seen more than his fair share of nastiness.

OVERALL
The Order:1886 is a contender for my favorite game of all time. It’s along with Assassins Creed, Ocarina of Time, and Elder Scrolls: Morrowind. This is the best game I have on my PS4 shelf and will be for quite some time.

There is nothing wrong with this game. The extra lore you can collect adds more flavor to the overall feel and urgency of the flow of the story. The cinematics are beautifully done with jaw-dropping detail and the seamless graphics gives The Order:1886 a unique and completely one-of-a-kind design.

This game will not tailor to everyone and it is a “love it or hate it” type of thing. If you’re on the fence, watch a livestream or YouTube video. If you would rather shoot the place up and don’t care about story, this game is not for you.

People, Ready at Dawn put countless hours into making this game look and feel as good as it does. We have no right to dictate what they did right or wrong. Art is art. Music is music. What each person does or does not like, who are we to judge? It’s as simple as this; you don’t like it, tough. Don’t harp on it being crap and most importantly, don’t bash other people because they loved it.