Ladies, gentlemen, androids, and beings that have been irradiated to the point of having large patches of rotting flesh were their genitals should be behold: The reveal trailer for Fallout 4!

So as we can see from the trailer Fallout 4 takes place in Boston… and… Oh my god screw professionalism it’s finally here!

The trailer opens with this shot of a television, aping the opening cinematic for the original Fallout. 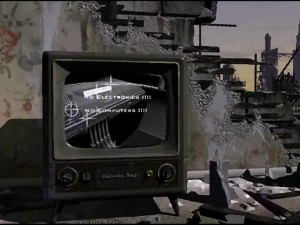 The trailer then shows us footage of a house before and after the great war like it’s one of those anti-drug PSAs.

Next we see shots of a boy running through a pre-war street, possibly implying that Fallout 4 starts off before any bombs fall 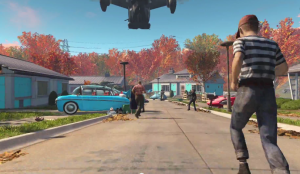 Then we get the money shot of a vault door. 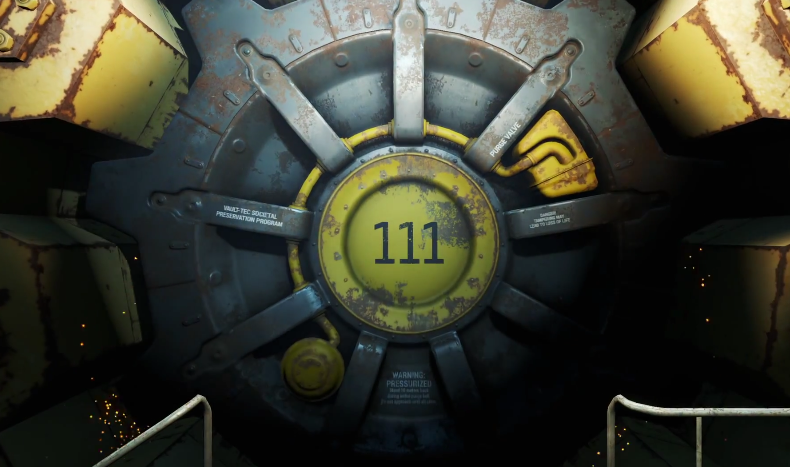 And then there’s this, whatever it is…: 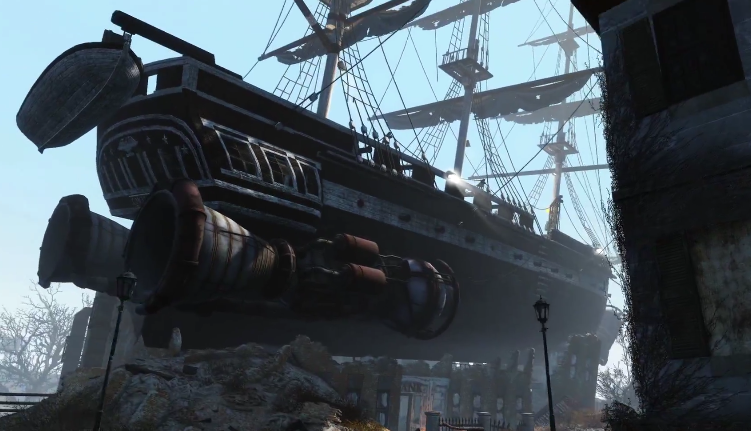 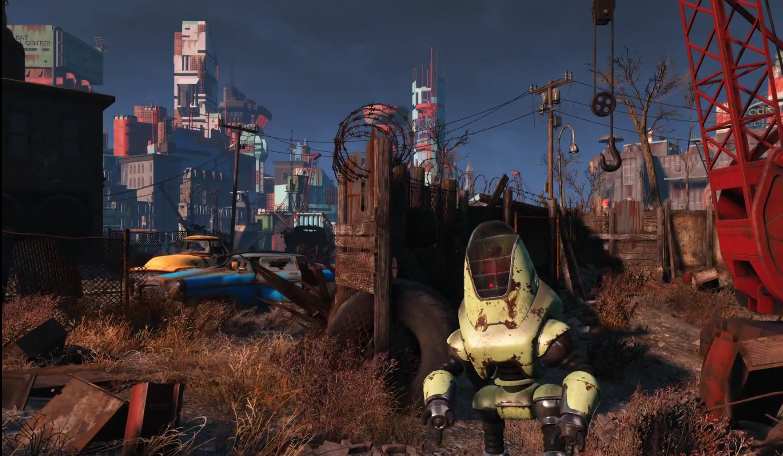 Is that an eyebot I see? 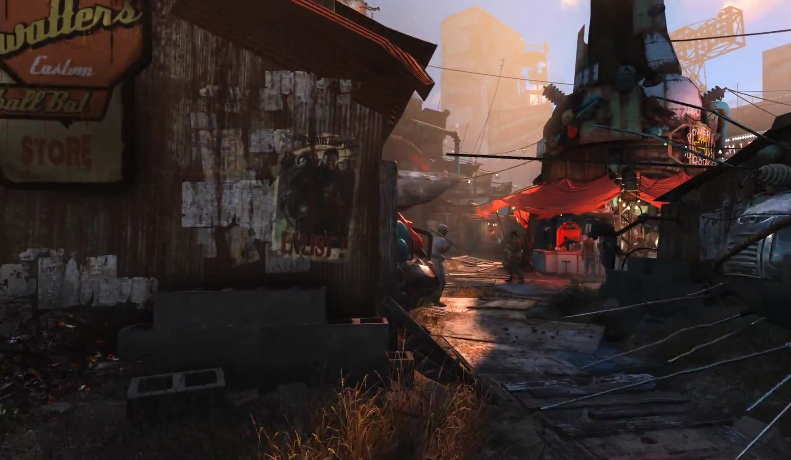 Hmm… patriotic imagery and zeppelins; be careful Bethesda you’re one “White power!” away from getting some funny looks from Ken Levine… 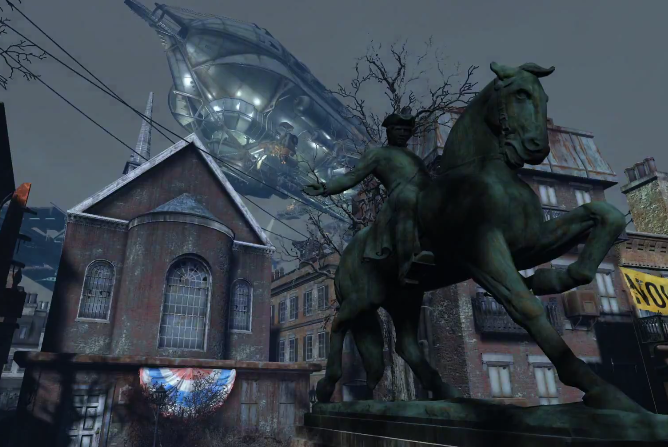 So that’s the trailer. Only a matter of time now…