After 10 years, the DLC you’ve all been waiting for is finally here for the low low price of $7.99! I just hope you haven’t been holding in your pee all this time. What am I talking about? It’s ,of course, the long awaited Paradise Lost DLC for 2003’s controversial PC title, Postal 2.

After Running With Scissors (I will be referring to them as RWS for the remainder of this review) released the ‘thought to be’ final expansion – Apocalypse Weekend for Postal 2 in 2004, they had a lot of success with the Postal series including a film, Postal III and even a successful Steam Greenlight campaign and release. Postal III was released to very negative reviews and fan complaints. The cause for this was because the game was outsourced to to a Russian developer named Akella who was supposed to work closely with RWS, but did not. RWS have basically disowned the game since Postal 2’s Steam release. 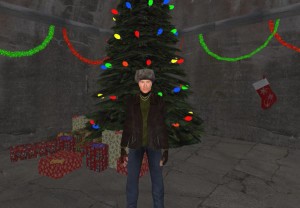 “Not even the beloved and cherished American holiday classic, A Christmas Story? It comes out every year for 24 hours, dude.”

The events of Paradise Lost take place 11 years after Apocalypse Weekend ends and once again takes place in Paradise, Arizona. Our hero the Postal Dude wakes up from an 11 year long coma and his faithful dog, Champ is missing and Dude sets out on a mission to find him. Soon after, Dude finds out that Champ has turned into a giant hell dog the locals have dubbed “El Perro Loco“. The Dudes problems don’t end there, not only is the only entrance to El Perro Loco sealed off, the Dude has a voice in his head and it’s the Dude from Postal III. Along the Dudes journey you’ll notice that Paradise isn’t exactly the same place it was 11 years ago when you consider the fact that it had a nuclear warhead detonate in the town. Dude will come along factions composed of friends and enemies old and new, including famous child star, Zack Ward!

Postal 2: Paradise Lost doesn’t give the game a new engine or pretty graphics, but what it does add to the game is fun and varying gameplay situations. The amount of content is almost as much as Postal 2 itself contained when it came out such as, five new days of the week to do monotonous -but fun- tasks and murder civilians, an all-new storyline with new characters and enemies, new weapons and more. It’s always fun to light someone on fire and whip out your magic stick and urinate all over them to put them out and Paradise Lost adds to that unique brand of fun.

The town of Paradise is similar to how it was in Postal 2. Some new areas have been added, but not many. Don’t riot just yet though, just about everywhere you’ve already been to in Paradise has been changed in some way, big or small; it’s very refreshing to anyone who has seen every corner of Paradise in Postal 2. Each area has a different scale of nuclear fallout: the starting area is desert, the next is raining constantly, then a snowy nuclear winter and finally an area with a sky full of ash which holds the Hellhole, the only entrance to El Perro Loco. Each area has their own obstacles in the way and easter eggs hidden around, some are easy to find and some are a little more involved to find, but worth the trouble. 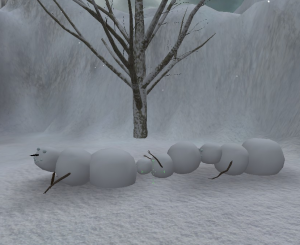 The core of the gameplay hasn’t been changed much. Several new weapons have been added, the most notable being the weed whacker, lever-action shotgun and the revolver which plays similar to the Dead Eye mechanic in Red Dead Redemption; once you gain enough kills with the revolver you can hold right click to target multiple enemies in the area and insta-kill them. It’s a pretty fun weapon to use and the weapon itself is very powerful, killing most enemies in one hit with a well placed shot. Vending machines have also been added that act as a store to buy power-ups, ammo and guns and are placed around most of the major areas of the game. Don’t expect to use them too often though, unless you use up a lot of your ammo or use up a lot of your health. Most ammo types are already given out like candy and the only time I thought the vending machines were truly useful was during the final boss when I had a ton of cash to spend and I was low on ammo and health, they seemed useless in any other area. One of the funnest new aspects of Paradise Lost is Habib’s Power Station. This energy drink allows you to duel wield certain guns and blow away enemies. When mixed with Catnip (which slows down time) this is a devastating power-up that can turn the strongest bosses into little pansies.

The fun isn’t without a few problems, though. During my playthrough I encountered a few minor glitches like floating items and a major bug that made the game crash right before entering the final area with the final boss. I was forced to start a new playthrough, albeit I didn’t mind as the game is super fun and not very long at all and this save had no big issues. At the time of writing this review (May 4 2015) RWS released a small patch that fixed the previously mentioned bug and a couple others, but on the broken save I still experienced several crashes seemingly related to quick-loading. At least it works! 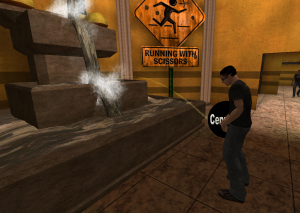 Running With Scissors even takes the piss out on themselves!

Paradise Lost plays a lot on the fact that Postal III is considered terrible by most and even has the voice actor for the Postal III Dude to reprise his character, except this time he’s just a voice in Postal Dudes head until later on in the game. The dynamic between both Postal Dudes is hilarious and the fact that RWS isn’t shy to make fun of one of their own games just makes it funnier. Playing Postal III isn’t needed to understand any of jokes but you definitely should play Postal 2 and Apocalypse Weekend before you play this, otherwise you won’t get most of the jokes, the movie is recommended to watch but not necessary at all.

Overall, Postal 2: Paradise Lost is the most fun with DLC I’ve had in a while. It has almost as much content as the base game itself and it’s just pure unadulterated fun. This is how DLC should be done; it’s similar to expansion packs in the 90’s and early 2000’s. If you can still remember those. I would recommend this DLC not only for fans of Postal 2, but also to anybody who hasn’t played it yet and loves games that don’t take themselves so seriously. Running With Scissors is also releasing a remake of the original Postal game with HD art and co-op running on Unreal Engine 4. That is set to release on PC this year (2015).

For $7.99 this has more stuff to do than many games today do. The biggest downsides are the major bugs; If the bugs are big enough it can really ruin your game. But in the age of $2.99 character skin DLC packs, Postal 2: Paradise Lost is more like an expansion pack than DLC, and that's a good thing.