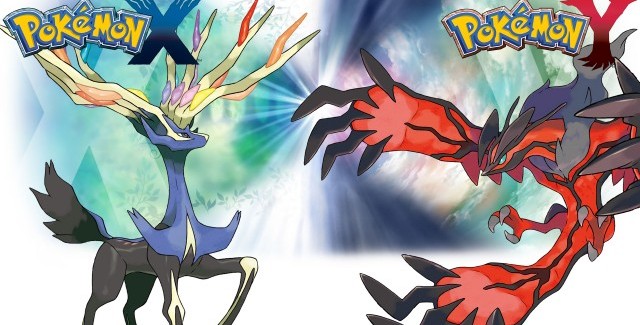 It had its pros, it had its cons. While I believe the pros heavily outweighed the cons, I can't give this game a perfect score. I award Pokemon X and Pokemon Y a 4.2/5 and a recommendation to pick it up and play it if you already haven't. It has the Shoten Seal of approval! I hope this review acknowledged this games strength's and weaknesses and did these wonderful games justice.

Pokemon X and Pokemon Y have been available world wide for almost a year now. Released October 12, 2013, this generation of the Pokemon Series marked the first of its kind to be released to all fans world wide. This turn based RPG has been a fan favorite and one of the most popular game series to date. Announced to the public on January 8th, 2013, the long months to wait for the game to release in October were excruciating for some, and a blast for others! As a Pokemon game it was expected to live up to and surpass its predecessors, but was the hype too much for the final product? Keep reading and we’ll get to my conclusion on the matter!

Pokemon has a tendency to be called a “children’s game”, and while this is mostly correct, there are many factors and hidden implemented mechanics that allow for all fans regardless of age to enjoy it. During the time it was announced to the time it released, fans received many spoilers and teasers about the future content we would soon come to know. Many new Pokemon, types, and features were being carefully handed to us month by month. Many people expected the game to be a certain way and every new spoiler changed that perspective bit by bit. Countless fan theories would be announced dailies, until the fated day: Pokemon X and Pokemon Y hit the shelves everywhere!

The game started off like so many before it. You wake up in your room, head downstairs and after telling your mother your good-byes you set off on your own journey. After you get your starter Pokemon the game truly begins. They recreated the rival system and added a small group of friends instead. Periodically, you encounter these friends and blah blah blah, it was boring! It felt as if the “rivals” were holding your hand through the entire game. With little character development for the majority of them. You occasionally battle but the difficulty is negligible.  These “rivals” aren’t what they used to be, you know… a rival? Someone you wanted to overcome by your skill alone. But I digress, other than them being pointless, they really aren’t that bad and don’t take away much from the game itself.

The pacing was similar to other Pokemon games before it. You’re journey in between towns and the vast areas to discover were something future games are going to have to compete with. However, after a certain point it feels very rushed. Before you know it the end of the game is right around the corner.  The ending makes up for the rush but that’s just my opinion, as is most of this review!

And now the fun stuff, newly added features galore! New Pokemon, new types, and a mini game where you can feed and pet your Pokemon, it was hard to not be hyped for this game. And then on one fateful day, late into the Summer cycle, Nintendo hit us with a brick house of information: Mega Evolutions! Every website I went onto that day was roaring over the news of them. A next level of power for your Pokemon, albeit temporarily. New designs to old classics, some gained types, abilities, and even moves! Megas were the thing to look forward to! Mega Evolution is a cool mechanic that will set generation 6, X and Y, as one of the more memorable games in the series. Overall the newly added features in this game were perfect and made X and Y something to be admired.

After the somewhat long, but definitely enjoyable, journey across Kalos you find yourself as the hero of the region. The post game is all that’s left to do! But wait? Where’s the post game?!? After all that, all we get to do after we beat the Elite 4 and champion is ride on a train, battle some rigged battles in a mansion and capture some Legendary Pokemon that will flood the trade systems for months to come. Or is it? Hidden in the vast city of Lumiose is a fun little adventure with a unique story. ‘The Looker’ side quest expanded on characters and introduced some as well. While running around Lumiose wasn’t too fun, the story in between each mission was worth it. I won’t get into spoilers but it’s something everyone should run through.  Finally, only the final mission of Pokemon remains… Gotta catch ’em all!

Old fans and new ones can come to terms on this game and appreciate what Pokemon’s goal: To bring everyone together and give a common interest. Also Lysandre did nothing wrong!

It had its pros, it had its cons. While I believe the pros heavily outweighed the cons, I can't give this game a perfect score. I award Pokemon X and Pokemon Y a 4.2/5 and a recommendation to pick it up and play it if you already haven't. It has the Shoten Seal of approval! I hope this review acknowledged this games strength's and weaknesses and did these wonderful games justice.