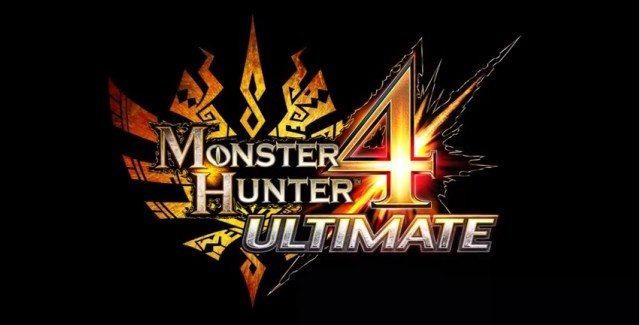 Time for the next wave of monthly free stuff for Monster Hunter 4 Ultimate. More quests, more weapons, and some more themed content. This month’s themed content: Sonic the Hedgehog armor for your palico, and another chance at the Mario and Luigi palico gear! Because crossovers are absolutely always a good thing, right? Riggghhhtt?

Included in this content-boosting DLC is 14 new quests, including the new episodic quests with a short story arc, 3 armor sets, 2 new weapons, a good bunch of palico gear, a new palico buddy named ‘Blue Pal’, an outfit for your poogie friend, and some guild card goodies. As always, getting most of the armor and weapons requires you to work. Lucky for you, here’s a guide on how you can get this month’s themed content. 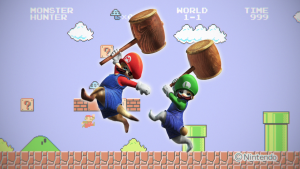 The Starter Pack for Monster Hunter 4 Ultimate included the materials to craft one of either of the famous plumber outfits and the trademark Invincible Hammer. With this new content pack, we have a chance to get all of this content! Included in the new quests is a high-rank quest called ‘Mario: Oh Brothers’. Clear this quest to get the materials necessary to craft the Invincible Hammer, the red overalls, or the green overalls. This quest demands you slay a Congalala and an Emerald Congalala, which is not too hard of a task to accomplish. Gunlances are a good option here, as the Congalala and its subspecies tend to have quick, snappy strikes that will really sneak up on a hunter without a shield. 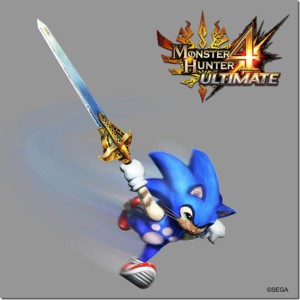 Who doesn’t want a little Sonic following them around? Nobody, that’s who. So check out the quest ‘Super Sonic Seregios’ included in the content pack, and prepare yourself. You’ll have to take on a frenzied Seregios, which proves to be quite the challenge. Seregios is difficult as is, and the frenzy really makes this one tough. With enough work, you can take him out, and score the materials you need to turn your palico into everyone’s favorite spinning blue ball of crystal meth.

Drop the steel into a few beasts, and you’ve got a few popular Nintendo mascots assisting in your monster-killing. I keep waiting for my calico to roll in place for a few seconds and launch at speeds into my enemies, but…. sadly, they didn’t think to throw that in there. Thanks, Capcom. No, seriously, a big thank you to Capcom for this shower of free stuff. Check back on /Skill next month for your monthly Monster Hunter 4 Ultimate DLC update. Happy hunting, and don’t forget to be awesome.

Dissidia Final Fantasy: Will the PS4 See a Release?