The standalone title developed by Sucker Punch Productions, inFamous: First Light, is a sort of back story game made to augment their previous release, inFamous: Second Son. This game gives a support character, Abigail Walker (AKA – Fetch), a MUCH deserved look into her personal history. And damn if it doesn’t do a fantastic job.

Now, I’ve never played an inFamous title before this, which makes me a blasphemer and next in line for the guillotine. Though, before I’m put to the block, allow me to sing First Light’s praises. 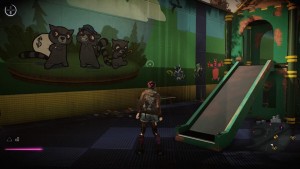 This title had a wonderfully fantastic narrative. From start menu to credits, Abigail did not disappoint. The story starts with her on a small marina in the city of Seattle, W.A. as she and her brother load up a small speed boat with a few duffel bags while they banter back and forth about a cat. One short skirmish with the police, and a few dead Russian mobsters later; Abigail’s brother, Brent, gets kidnapped by said Russians. Then, one of the game’s most interesting characters stumbles onto the dock: a wily Texan with the aim to become Seattle’s top drug king-pin. The only thing that is standing in his way are those pesky Russians that snagged her brother from the docks. Naturally, a punk rock girl that can shoot bolts of super heated neon gas from her hands, who’s looking for her brother so that she can prevent a looming psychotic break that would cause her to level the entire city of Seattle; and the guy that knows exactly where said brother is located end up in a sort of partnership. I don’t want to spoil the specifics of the story for you, but it consists of: betrayal, theft, betrayal, heroin, betrayal, and an even bigger pile of betrayal heaped on top – kind of akin to a cherry on a sundae, if the sundae was insanely smaller than the cherry.

Sucker Punch did a fabulous job of developing Abigail’s character throughout the story; so much that I’d rival it to Dom’s progression in the Gears of War trilogy. The story itself is told through a series of flashbacks that Abigail has while she undergoes training at the Department of Unified Protection’s (D.U.P.) prison. Most cutscenes in between the Flashbacks and the D.U.P. facility give the most information on her life before the game takes place. Her escape from her childhood home with her brother when her mom called the D.U.P. after the discovery of Abigail being a Conduit (a person that has superhuman powers in the inFamous universe), her decent into heroin addiction, the plan for the both of them to escape to Canada and start a new life – it’s all outlined in the cutscenes. These small glimpses into her past always made me look at her in a different light every single time a new piece was added to the puzzle. Though, that may not be the case if you’ve already played Second Son. By the end of the game, the story that Sucker Punch so eloquently spun for me had me loving Abigail as if she were my sister. 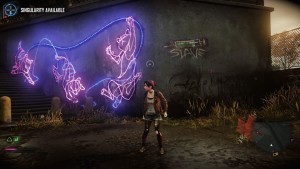 I know that a lot of games are guilty of buying into gimmicks early in a console’s infancy. The DualShock 4 controller may be another one of those gimmicks, but it sure doesn’t feel like it. The touchpad in the center of the controller is used as a sort of action/interact button that lets Fetch interact with a few missions and items throughout the world such as neon signs so she can recharge her energy reserves. The motion control comes into play when tagging a wall with some sick neon graffiti that’s tied in with her story/personality.

Movement is very responsive and realistic. When you’re dashing along at light-speed you can’t turn on a dime, momentum carries over from releasing your sprint in midair, and gravity seems to be an actual thing in this game. Combat, for the most part, is extremely satisfying. Every time I neon sprint up to a D.U.P. Rook and hit him with a finisher kick to the jaw I get a shot of dopamine straight to the brain. When you melee attack targets it looks like Fetch is just girl slapping them, but during an actual combo it gets a little more flashy, she actually tells you in the game that she bases her moves on fight scenes she’s seen in anime (she seems like a real Ghost in the Shell girl to me).

The ranged combat works like you’d expect it to. Fire bolts of neon at guys to break face, shoot waves of stasis fields to stun enemies, launch heat-seeking missiles of neon from your fingertips, and slow time to target weak points on enemies for one shot kills – pretty straightforward stuff. Her Singularity attack is the most brutal thing I’ve seen come out of a video game in the past months though. It’s pretty much a gravity vortex that picks up all of your enemies, a car or two, a bunch of trash cans, maybe a nail-ridden 2×4 or several, and finally ends in a spectacular explosion of pink and blue that leaves the streets of Seattle riddled with corpses. 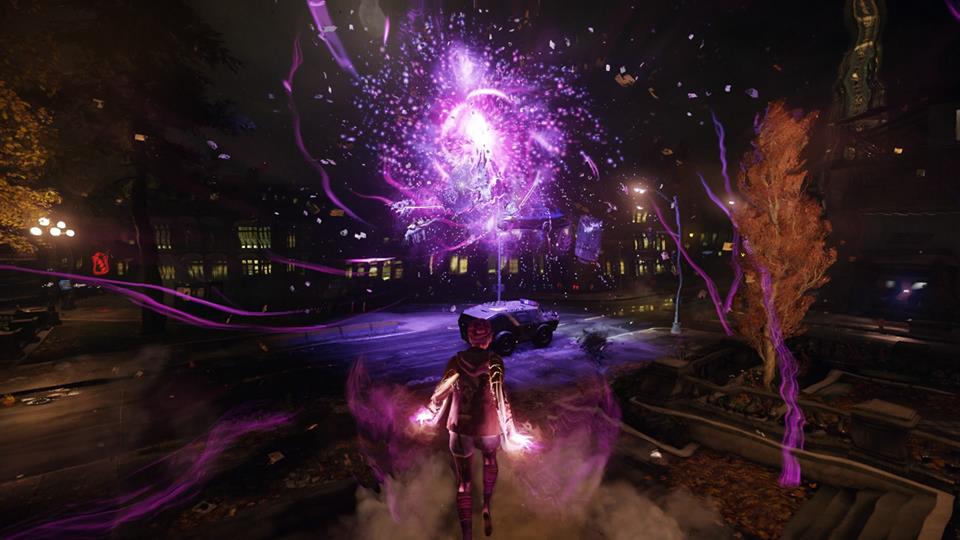 Sucker Punch’s version of Seattle is astoundingly beautiful. I often found myself wandering the streets taking in the sights and looking at the small details in shop windows and on the menus for restaurants (which were chock full of easter egg goodness) and smiling the entire time. The many neon signs throughout the city give a rugged history to the town during the day, and a pleasing element of light during the night hours. If you can go anywhere in the free roam section that isn’t indoors you can see the space needle too – which is an ever-present and pleasant reminder of exactly where you are. The detail on the litter in the streets and the leaves that populate the sidewalks also add to that character of the town and mirrors that feeling of grunge that Fetch seems to radiate.

Graffiti on nearly every street corner tells the story of the every day people that reside in that city as well. Green syringes plastered above the word ‘slave’ are commonly seen, and skulls with needles in them can be spotted as well. Though a calming abstract motif to the graffiti is found in some sections of town where small little cartoon characters can be seen climbing up a hill, or playing with a ball and even a homage to Banksy can be found on the side of a wall. Near bars or supermarkets you’ll find posters for local bands, and even some propaganda dealing with Conduits can be seen near D.U.P. recruitment offices. The music also does well to elicit that punk rock feeling when battling it out with street thugs, or chasing down a big ball of neon to get a skill point. All in all, Sucker Punch’s Seattle may not be the most clean city in video games, but it’s definitely a contender for the most visually stunning. 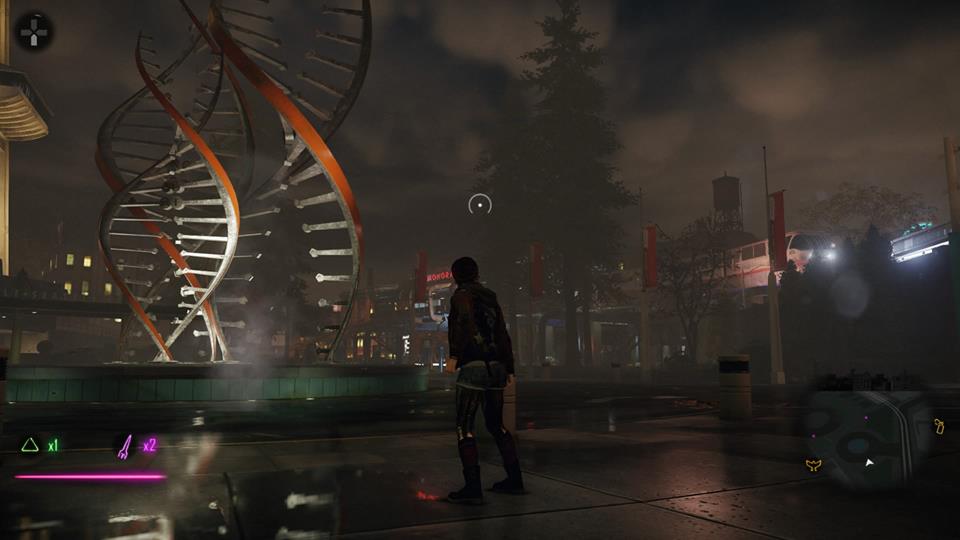 Are you ‘punk rock’ enough!?

Watching those credits roll was almost saddening. The world that Abigail sucked me into had no more story to give, and I was left begging for more – which means I’ll probably have to fork up the money for Second Son one of these days. I didn’t want this great narrative to end, and I felt like I could sit and shoot neon bolts at goons for at least a few more hours of game play. Though it was short in length, it more than made up for it with the quality of content.

Near perfect, with the exception of a few nit-picky things( WHY CAN’T I WALK AND ONLY JOG!? AGH! ), inFamous: First Light was worth the time I spent.

inFamous: First Light Is currently FREE to Playstation Plus members for the month of January.

Abigail is possibly the greatest anti-hero second only to Jorg Ancrath. inFamous: First Light exceeded all of my expectations, and then some. Aside from a few nit-picky things that I can easily get over; this title is about as good as you can get for a 'secondary' game. 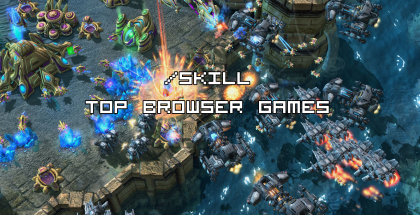 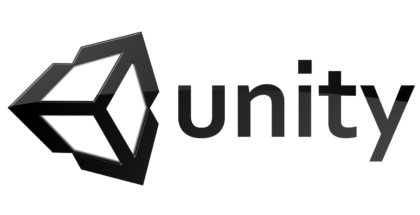