So, Christmas has came and went, and now the new year is coming into full swing. Which probably means two things:

Well, sorry mate. But you gotta cut that weight loss shit out, we have a problem.

I’ve been enjoying our new Dungeon Crawling multiplayer section of 2014’s Game of the Year with some close friends over the last week or two (after that lizard hacker group nonsense). And I’ve noticed that many groups aren’t quite living up to their full potential.

In this guide, I plan to give you guys the run down of how the Multiplayer missions work, The ‘ideal’ group structure, and give my recommendations on how to build those classes. As well as the recommended play styles. So, with that, let’s get to brass tacks. 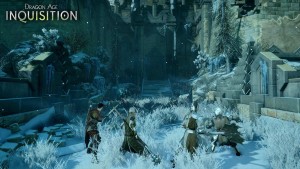 So, You’ve dropped into the Tevinter Ruins with three other guys (Is that a guy? It looks like a man, damned Elves) and you have literally no idea what’s going on, except that there’s demons just begging for an axe to the face. That’s all well and good, but there’s more to it than just wrecking house and looting broken jars.  There are several missions/events that take place in each of the five Zones throughout the instance:

These events aren’t mandatory except for the last one, and the first one. You have to kill everything to progress to the next zone. Protecting the guy, and recovering the pile of stuff is completely optional, but you miss out on a huge chunk of gold. Which sucks.

There are also many doors located throughout the instance that correspond with each class and can only be unlocked by said class. When in a group most of my friends usually just refer to them as “name of class” door, and that usually serves the purpose of alerting each other and the rest of the party to its presence. Within these doors are glowing jars to break for gold, and a box that includes either an Item or a hefty sum of gold (the amount differs with difficulty). When you open the box one of two things can happen.

When this happens, you just have to kill the summoned enemy(s) in order to open the box to get your loot.

How to make a party that rocks

So, you’ve progressed through this dungeon and noticed that everyone is a mage. By the time you reach Zone 5, you’ve passed up every rogue, and warrior door in Thedas, and have used all two of your health potions in order to get here. You place your banner at the far end of the room, and within thirty seconds, your entire group is mauled to death by a Demon Commander. That’s because you have a party full of mages, and you guys weren’t set up properly.

Let’s go over our recommended party make-up; and yes, it is based on the Holy Trinity.

How to play your role

So, we have the right party, but we need the know-how to come out on top. So, instead of giving you the usual, Do this, this and this horseshit, I’ll give you an example of what our party is going to look like in combat.

So far, the party has managed to keep all of their health potions, and have reached the final zone. The Reaver heads out to place down the banner as the rest of the party remains in the initial room the Zone started in. The banner is placed and the Reaver high tails it back into the room with an army of demons behind him. As he slips through the door, the Legionnaire runs into the doorway and uses War Cry to build Guard and taunt the enemies onto him. The Reaver joins in the fray after the Tank has grabbed aggro on the first wave of enemies. The Keeper instructs the Archer to move closer to the two meat heads and does the same for himself. He casts Barrier on everyone just in time as the Boss explodes from the ground in front of them and moves for the archer. 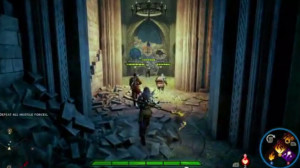 The Legionnaire then uses his Walking Fortress skill and then uses Shield wall to build Guard after the demons ate it off. The Archer and Keeper move back into the room while targeting the Ranged attackers outside. The Reaver is too busy yelling at his roomate to notice what’s going on and gets nuked by the ranged attackers. The barriers have run out now, and the Keeper waits on a recharge as he drops a Barrier on He and the Legionnaire. The Legionnaire taunts one more time and moves out into the courtyard to help pick off the ranged attackers, Boss in tow. The Keeper picks up the Reaver, and Casts Veil Strike to Knock down the enemies around the Tank. This entire time the Archer has been working on whittling down the Boss’s health.

The Demon performs a scream attack that panics the Legionnaire that leaves him immobilized until he uses Payback Strike to break out of it. The Party takes note of the Area of Effect ring the Demon places on the ground before he screams and formulates a plan: Get out of there when that happens, except for the tank, who can break Panic. The Boss disappears and the Tank uses a Rock Armor potion and runs out into the courtyard to pick up the rest of the enemies still walking around, as the Archer and Reaver make the rounds on the Ranged attackers, while the Keeper auto attacks at range, while keeping an eye out for the Black smoke on one of the players that signifies where the Demon Commander will appear. He notices a very small cloud of dark magic on the Legionnaire and casts Barrier just as the Boss explodes from the ground, knocking the Dwarf down. The Archer then turns his attention to the Boss and the Reaver finishes off the remaining enemies in the map. The battle continues with the Boss disappearing and Reappearing across the Map and the Reaver coming back into the fray to finish up the fight.

This is ‘usually’ how most of our fights go. Sometimes things happen and we have to compensate for a dead party member or an abundance of ranged attackers. 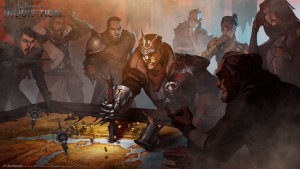 Just keep in mind, this is our site’s recommended party make-up. I have seen a Party full of Arcane Warriors (because they’re broken) blow through a dungeon without a hitch. So, instead of using this as a ‘How To’ use it as a guideline basis on how to augment your own playing style to benefit the group at large. Utilize all of the tools at your disposal, and COMMUNICATE. Communication is key, let the party know what’s going on.

Know your role, and know it well. Only you know what you are entirely capable of, and how you play, so tell your party about it. Let them know that you’re gonna run in and taunt an entire group of guys, so they don’t have to scramble to save your ass. Read your abilities, and their descriptions, knowledge is power, and you will always need that power in this game.

Lastly, here are some rough guidelines to follow in multiplayer:

That’s that! Now with the skills you have learned from this page, you might very well end up meeting that resolution of getting laid this year!

If you want to join the Slashskill guys in Dragon Age Multiplayer let us know!

The Wolf Among Us [Review] 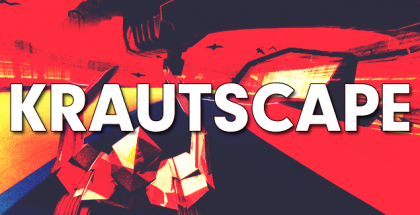 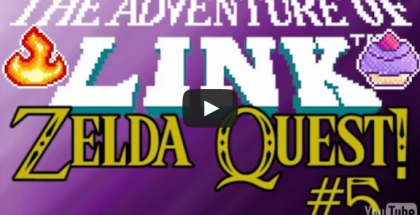