Pokemon has been around for twenty years and, during that time, the franchise has communicated a lot of information. Some lessons are trivial, such as the the superiority of shorts as a garment, but some are major. Personally, I needed to learn and Pokemon was the channel that communicated this information to me. It taught me things that I wasn’t getting in real life. To be honest, without Pokemon, I probably would have grown up to be a fairly bitter and dark adult. It helped me change my perspective on life and the world around me. That said, here are a few of my favorite lessons.

1. There isn’t always a right or wrong

A lot of people look for the right path in life, the right person, or the right job. One of the most important lessons that Pokemon taught me was that there isn’t always one answer to a quest. From the very beginning of the game, you’re faced with a difficult decision: what starter are you going to pick? 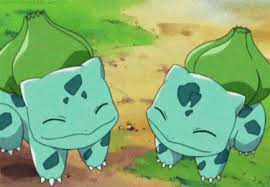 I remember being the odd-ball who didn’t pick Charmander. I just didn’t feel right picking that flame-tailed little lizard for some reason.  Bulbasaur was my favorite starter back then and I could always rely on him to be a great member of my team. No matter what that team ended up being like! He wasn’t the Charizard that everyone else seemed to have and that was okay, because I had made my own choice. Followed my own path, and I was happy with my Venusaur at the end of the day. Now that I’m older and wifi battles have become wildly popular, I’ve noticed a lesson replicated in the way people battle.

Not everyone chooses to follow the brute force strategy – some like other methods. I, for one, enjoy inflicting status problems. Other people may enjoy pokemon that can heal themselves. It’s all about what works best for you. Life is the same way – there is never only one path to your goal and other people’s paths may not work well for you. Make your own way and follow your heart.

2. Kindness is a circle

Sometimes it feels like there’s no real point being “nice” to people as it seems as though the world kicks you in the butt for being kind. Fortunately, Pokemon taught me early on that, sometimes, kindness isn’t always a lost cause. Take, for example, the thirsty little girl atop the Celadon City Department Store. She’s chilling up there, just wanting a drink, but she doesn’t seem to have any money.

What do you do? As the kind soul you are, you buy her a beverage with your own money so that the poor little girl isn’t parched all day. Honestly, the creatures could have just had the child troll you with some crap item that you could just buy elsewhere or they could have had her give you nothing, but they didn’t. Instead, this little girl gives you a TM! 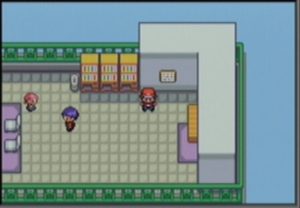 If you give her the right beverage, you could even earn ice beam, which is super useful – especially in generation one when you will have Lance to contend with later on. Her gift of the ice beam TM is also gifted in the town that has the grass gym, so this move could be vital to progressing if you were biased to Bulbasaur like me. All you’d have to do would be catch a pokemon that could learn ice beam, train it a little, us the TM on it, and head on in to meet Erika with your ace hidden away in your party.

It was very helpful and it shows just how good it can be to be nice. Sure, sometimes you may not be rewarded so wonderfully, but, in the larger scheme of things, what goes around comes around – including kindness.

3. Even if you’re nervous, it’s best to be yourself

Presenting yourself to other people can be hard. You’ll get scared and you won’t know what exactly to do, so, sometimes, people try to act like someone else to hide their insecurities. Flannery, the fire gym leader from the Hoenn Region, was a kindred soul in this regard. She had only recently become a gym leader and she wasn’t sure how to act or what to do. 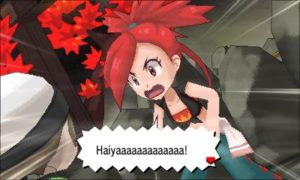 This resonated with me because there are just so many times in life when you genuinely just feel like you need to be or act like someone else, but, as Pokemon teaches, it’s always better to just be yourself. Flannery realizes this at the end of your battle, stating that it’s no wonder her pokemon would become confused while battling while she acted like someone else. It’s an important lesson because, going through life, not only will other people become confused and put off by you if you don’t behave naturally, as your true self, but you will be too. This interaction with Flannery is an important one and, hopefully, one that players really hold dear. It’s proof that, no matter who you are, sometimes life loads a lot of pressure on you, but it’s always best to just be yourself and to face challenges in your own way instead of putting on a mask.

4. Sometimes life is dark – it’s just part of the world

The Pokemon universe is full of creatures of various origins, and not all of them are happy. That’s one of the best things about the franchise. It’s not always happy – just like real life. One of my personal favorite pokemon, Banette, is actually based on something rather dark. In Banette’s pokédex entry, it is stated to be a doll that has been abandoned and that it is searching for the child who used to own it so that it can have vengeance.

This may just seem like a sinister idea to apply to a ghost-typed pokemon, but it also serves another point – illustrating that the Pokemon world isn’t always happiness and joy. Just like real life, it has sadness in it. People and pokemon suffer sometimes – they feel hallow, empty, and sad. They feel angry when they think someone has wronged them. This adds a realistic layer to the happy-go-lucky fantasy world and it illustrates to players that even the best places, fictional or otherwise, have a dark side. Most importantly, it shows that that these moments are simply something that must be worked through.

Banette, in my opinion, is quite a wonderful pokemon partner despite its feelings of abandonment towards whatever child it seeks out. I sympathize with it and think it’s wonderful that Banette illustrates how even a dark moment in your life can pass, leaving you with loyal companions and a newfound sense of strength that only the troubles in life can gift to you.

The best part about pokemon is that it teaches that everyone has the potential to be great. Too often people are told that they have limitations in real life when it simply isn’t true. 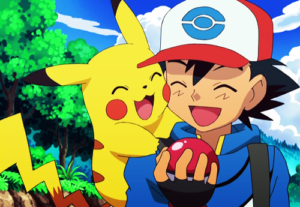 Humanity has reached so many heights – space travel, renewable energy, technological advances.  We’ve only dreamed about in science fiction previously, and it’s all because certain people didn’t hold back, despite what society believed. Pokemon believes in the potential of its players and encourages them. When you turn on one of this franchise’s titles, you can do anything. It builds your confidence and helps you to aspire to greater heights. Pokemon is about making the world we live in a better place, bringing us together, and helping us to reach the peak of our abilities.